Home Sports Baseball Insider Winter Thoughts On The Summer Game
Share on Facebook
Tweet on Twitter
The Boston Red Sox will have three opening days in three different countries. The first will be in Japan on Tuesday, March 25, against Oakland. The A’s will act as the home team in the two-game series that opens the 2008 major league season. After the Wednesday, March 26 game, the teams will return to the U.S. to open the season in Oakland on April 1. After two games in Oakland, Boston goes to Canada for the season opener in Toronto.

Red Sox Nation will have to wait until Tuesday, April 8, for the Fenway opener, but will be rewarded by seeing baseball’s best two teams – the Red Sox and the Detroit Tigers – go at it. The Tigers’ lineup – their new additions combined with last year’s regulars – had a collective batting average of .312, tops in the majors. The Yankees were second at .292 and Boston slid in third at .287.

Boston and Detroit both boast good pitching, but I’d give the edge to the Red Sox. However, the ferocious lineup of the Tigers can start a rally at any time. No one knows who will have baseball’s best record in October, but it should be either Detroit or Boston.

Speaking of Boston, the Red Sox sold out the 2007 season at Fenway and drew 2,970,755 fans – 29,245 short of three million. They’ll hit the aforementioned milestone for the first time this year as 840 new seats have been added to the roof of the storied ballpark.

Look for other cities to also set new attendance highs. Detroit is poised to top last year’s record mark of more than three million. Season ticket sales were cut off at 25,000 in January in order to accommodate groups and individuals for selected games. Baseball expects to set a new collective attendance high this year.

The first game of the 2008 season on American soil will take place in Washington’s spiffy, brand new Nationals Park on Sunday night, March 30, and carried around the baseball world by ESPN.

The best viewing location in Nationals Park is the upper deck along the first base line. You’ll be able to see the Capitol dome about two miles beyond left field, and if you want to see the Washington Monument at the same time, move down the line closer to right field.

Don’t you wish you could sit in a big league ballpark without a coat and see lush, green grass at this time of year?

You can sit and snack in the bleachers in Petco Park in beautiful downtown San Diego. There’s a plaza behind the outfield decks and bleachers that is open to the public on non-game days.

You can also take a guided tour of the four-year-old 42,445-seat impressive home of the Padres. The left field corner incorporates a most unusual building. Built in 1909, the 80-foot high former home of an iron and steel foundry, overlooks the field. Bleachers on top of the building and three levels of bleachers attached to the structure hover over fair territory.

On a tour from the top deck behind the infield, you can look in the opposite direction from the field and even see Mexico while drinking in the view of the Pacific Ocean.

Forget Florida – San Diego is a lot cheaper this time of year.

There are motels a pop-up away from San Diego’s two kosher eateries, and the shul – Beth Jacob – is less than a mile from there. Rabbi Avram Bogopulsky and his rebbetzin are superstars and Brooklyn natives. The rabbi still has some Yankees memorabilia from the early 70’s when the Yanks were on the wrong end of the standings.

Affluent LaJolla also has a beautiful shul and superstar leaders (Wohlgelernters). However, the impressive area is almost a half-hour drive from the San Diego eateries, and motels are much more expensive and quite a walk to shul.

Another advantage of the Beth Jacob area is that the San Diego Aztecs baseball team, coached by Hall of Famer Tony Gwynn, plays in a cute little ballpark (named for him) in the college area about a mile from the shul.

I’ve had the pleasure of being the baseball-scholar-in-residence at many shuls through the years. (“You’re the Paysach Krohn of baseball and Jewish baseball stories,” one fellow told me. Well, I’m not as good as Rabbi Krohn, but who is?)

Anyway, no matter what color hat or head covering we wear (if any), one thing unites us: baseball.

And it never fails – old-timers always bring up Hank Greenberg and anti-Semitism.

Is that really true?

As history buffs recall, Greenberg was chasing Ruth’s single-season record of 60 home runs set in 1927 (since broken by steroid stuffers in recent years).

I grew up (though not all the way) in the 1950’s, years after Greenberg retired as a player, but I also heard in the community that managers and players at the time didn’t want a Jew to break the Babe’s record.

I was lucky enough to interview Greenberg and had the chance to ask the Tigers superstar about 1938.

“Most players were my friends and wanted to see me break the record,” Greenberg recalled.

“In fact,” he said, “my 57th home run that year was a gift. I should have stopped at third with a triple but kept going, trying for an inside-the-park home run. I was called safe at the plate but was really out by a mile. The umpire was a friend of mine and the catcher didn’t argue the call. We were playing Cleveland, and I felt the Indians were rooting for me to do it. But I could never hit Bob Feller and had to face him too often as the season wound down. I just ran out of gas.”

The initial offer by the Yankees and Red Sox for Twins lefthander Johan Santana was far better than the package Minnesota received from the Mets. At least Boston and the Yanks included one impact player and better prospects.

Mets general manager Omar Minaya landed a superstar pitcher and gave up nothing of importance in terms of players the club was counting on. Will the addition of Santana be enough for the Mets to win the National League East? I’ll give my predictions after spring training.

In the meantime, send me yours.

Irwin Cohen, the author of seven books, headed a national baseball publication for five years before earning a World Series ring working as a department head in a major league front office. His “Baseball Insider” column appears the second week of each month in The Jewish press. Cohen, president of the Detroit area’s Agudah shul, may be reached in his dugout at irdav@sbcglobal.net. 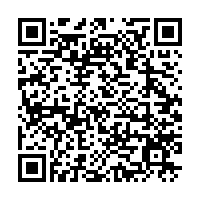