The authors – Sonia Levitin, Kathy Walden Kaplan, Mark H. Podwal and Tammar Stein – each had works selected for inclusion on the Anti-Defamation League’s new Israel Book Connections list. The list, a new addition to the ADL’s website, is designed as a resource for educators.

The event drew an enthusiastic audience that included local educators and librarians. Dana Lehrman, librarian at the Jane Addams Vocational High School in the South Bronx, said that the books featured at the reading had the potential for wide appeal to her students.

“I work in a public high school where the student population is mostly black and Hispanic, but I think it’s very valuable for me to be involved in a multicultural forum like this,” Lehrman said.

She said that the fact that the students at her school had no personal connection to Israel did not dissuade them from reading books such as the ones presented at the reading.

“The universality of good literature is recognized by teenagers,” she said.

Levitin, the most prolific of the authors in attendance, with over 40 different books published to date, had two of her works named to the ADL’s list: The Return, a story of the Ethiopian Jewish immigration to Israel, both written and set in the 1980’s, and The Singing Mountain, her 1998 novel about a youth’s religious transformation after a visit to Israel.

At the reading, Levitin recalled how she visited Israel for the first time in the wake of Operation Moses, which in the course of several weeks in 1985 brought some 6,500 Ethiopian Jews to Israel via Sudan. By the early 1990’s, Levitin had already visited Israel 14 times.

Israel, as seen through Levitin’s writing, is a sacred land of hope, immersed in history and meaning. The wide-eyed explorations that her protagonists experience in Israel mirror the author’s own convictions – that Israel is a land of wonder, unlike any other place in the world.


“I think that everybody who goes to Israel, whether they are Jewish or they are not Jewish, feels a connection right away.”

Kathy Walden Kaplan lived in Haifa for only a short time in the early 1970’s, but it made a lasting impression. Kaplan, who is perhaps best known for her career in sculpture, experienced the Yom Kippur War while in Israel, and eventually retold her story through the eyes of children and a stray dog some three decades later in her book, The Dog of Knots.

Kaplan said that since her book was published in 2004, many school librarians have embraced it and added this unusual historical novel to student reading lists.

“The dog is very symbolic of the problems in the region that may seem intractable and unmanageable,” Kaplan said.

Even through the backdrop of war, the dog became a focal point that bonded the neighborhood together and reinforced the strength of humanity and compassion during a tumultuous moment in history, reviewers noted.

Tammar Stein’s Light Years takes place during another difficult time in Israel’s history. In her 2005 novel, set in Israel and the United States in the late 1990’s, Stein’s heroine, Maya, is forced to confront the reality of losing a loved one in a terror attack.

Stein, who has lived extensively in Israel and the United States, said that while it would be unfair to define Israel by the terrorism to which it has been subjected, she did not wish to shy away from the subject in her work. She said she spent five years working on the book, striving to develop her characters in the most realistic and honest manner possible, drawing on her relationships with real Israelis.

“[The way Israel often appeared in the media] really gave the impression to people who have never been to Israel and don’t know much about the country that it is a very backwards and dangerous kind of place . . . [I wanted to] show what it is like to be an intelligent, modern person and have to deal with [the specter of terrorism] and how traumatic it is to deal with that,” Stein said.

Her book goes on to depict the breadth of Israeli life beyond the conflict, as she felt it should, since that is the reality, and realism was her goal.

Stein said the Israel of Light Years is as much “about a lot of the wonderful aspects of the country, the modernity, the nightlife, the amazing foods and even the high-tech industry,” as it is about the challenges of living in a time of terrorism.

Mark H. Podwal’s book, Jerusalem Sky: Stars, Crosses and Crescents, was published in 2005 and is intended for the youngest of audiences. As such, its popularity draws as much from Podwal’s experience as an illustrator as a writer.

Podwal told the audience how his ecumenical story illuminates for the youngest of readers the role of Jerusalem as the holiest place for Jews, as well as its holiness to Christians and Moslems.

While the stories each author brought to the reading were very different from each other, the unique and multifaceted cultural wealth of Israel was the common denominator that unified the reading. 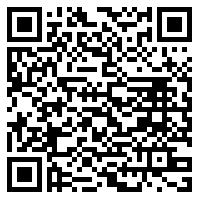