Perhaps upholding Leviticus 19:31, which insists, “Do not turn to those who worship Ob or to wizards; do not desire to become defiled by them,” King Saul launched a campaign to eradicate magicians from the Holy Land which was so devastating that the Bible mentions it on three separate occasions. Yet Saul decided to violate his own ban when all he heard was dead air in response to his request of God for advice on the proper military strategy to defeat the Philistine army.
Saul masked his identity and visited a “wife of the idol of Ob” to ask her to facilitate communication with the late prophet Samuel. Amazed, the conjurer asked, “Do you not know what Saul has done, that he has cut off the worshipers of Ob and the wizards from the land,” and perhaps suspicious of her client’s identity added, “Why are you tricking my soul, to have me killed?” (1 Samuel 28: 3-14).

Although commentators and scholars debate Saul’s actions and their apparent disregard for the Second Commandment, Kabbalistic masters and Jewish artists have long embraced magic and amulets. Hamsa hands are still believed to disarm the evil eye, and some carry miniature copies of the book of the Angel Raziel to protect against fires. Mark Podwal’s exhibit, “Jewish Magic” at Forum Gallery in Manhattan, continues in that tradition, drawing specifically from the artist’s many visits to Prague, where he is such an important fixture that he holds his own personal seat at the Altneuschul, the Old New Synagogue.
Podwal’s ink drawing, “The Frog who taught Rabbi Hanina the whole Torah” (1982), illustrates his interest in esoteric tales that do not typically surface in Day School curricula. Podwal’s wife discovered the story, which is more reminiscent of princes bravely and reluctantly kissing would-be maidens in frog-form than it is of the literal frogs that plagued Egypt – while reading Louis Ginzberg’s Legends of the Jews.

According to Ginsburg, Rabbi Hanina learned from his deathbed-ridden father that he would lose both his parents on the same day. Further, his father instructed him to go to the market immediately after the mourning period ended (which would be Passover eve) and purchase the first item that he saw. When Hanina went to the market after completing the days of mourning for his parents, he was offered a grossly overpriced silver dish. In the interest of honoring his father, he bought the dish, and upon opening it at the Seder, he found another dish inside holding a frog.

Like a good pet owner Hanina fed the frog, which grew to an enormous size. First he had to build a cabinet to house it, and when it got even larger, an entire room. The frog literally ate Hanina out of house and home, but it recognized the imposition it was presenting and offered Hanina whatever he wished. Hanina asked to be taught the entire Torah, and the frog agreed. It wrote the Torah on paper, which Hanina consumed.
In so doing, he not only learned the whole Torah, but also all 70 languages as well as the languages of animals (much like King Solomon did). And just as Solomon, in asking only for knowledge, he also acquired wealth and power. The frog gave Hanina and his wife precious stones and herbs (which carried medicinal powers) and revealed his true identity as one of Adam’s sons, born during his 130-year separation from Eve, who was capable of shape shifting.
Podwal’s work shows the frog clinging to the tail end of a Torah pointer, called a yad or hand, for its incorporation of a hand motif in its tip. The pointer is meant to allow the Torah reader to follow along in the Torah scroll without touching the holy parchment (human hands could render the parchment impure), which makes it comical to see a frog grasping it.
Further, Podwal’s frog matter-of-factly looks at the Hebrew letters surrounding the pointer, wholly confident that he belongs in a Torah context. Just as the artists of the Surrealist and Magic Realist schools blurred the boundary between dreams and reality and called upon their audiences to suspend their disbelief, Podwal chose to draw the frog in a naturalistic way rather than an ironic or cartoony manner. The rabbis famously said that those who believe every Midrash (loosely, the Jewish version of fairytales) are fools; yet those who deny the medium are heretics. The frog who taught Rabbi Hanina is no exception, and it exists somewhere between fact and fiction.
“Demons Watering King Solomon’s Gardens” (1998) also follows the same model. Podwal envisions the demons as blue snake-like forms, with hands, horns and ears, and the demons carry Grecian jugs, no doubt full of water. Solomon was said to have had a splendid garden that was able to thrive even in the desert – due to demonic aid.

Several other supernatural forms appear in Podwal’s works in the Forum show, including Lilith, queen of the demons; Metatron, a non-biblical angel who was said to be the chief angel and divine scribe; and “The Devil Proper” (2006), represented as a brick-red bat’s wing, with three demons grabbing on for the ride. Just as many Jewish medieval manuscripts show the hand of God exacting punishment on the Egyptians (but never more of God), Podwal shows just the devil’s wing, which leaves the full extent of Satan’s horror and menace up to the viewer’s imagination. This is, of course, far more frightening – to not even know the extent of the evil present.
Podwal’s show is not all devastation and demons. Also present are powerful symbols of Jewish pride, like the Jewish star that appears in “Stars of David” (2008). Situated just several feet from a screen showing the documentary “House of Life: The Old Jewish Cemetery in Prague,” which Podwal created with filmmaker Allan Miller, “Stars of David” includes a yellow star threaded with barbed wire; the tombstone of David Ganz (whom Podwal calls “the first Jewish historian”) from the Old Jewish Cemetery; and a representation of an 18-foot flag financed by Mordechai Maisel, which had the Shema written on it and is dated to the 16th century (or 13th, according to some). The star is meant to symbolize the Star of David’s first appearance in a Jewish context in 15th century Prague.

Surely Podwal’s works, like all art, should be considered as art first and potential educational materials second. But there is a great need for more attention to Jewish storytelling and Kabbalistic narratives. “People so adhere to the Second Commandment, and Judaism is really a religion of the word and not so much a visual religion,” Podwal lamented to me after touring the show. And I think he is quite right. There is obviously great importance to knowing the Law and the practical aspects of Judaism, but stories and myths must supplement those laws to provide a complete perspective. After all, even the Midrash is split into two subdivisions: the practical, Midrash Halacha, and the legendary, Midrash Agaddah. Podwal’s art often calls upon viewers to learn more about Jewish tales, and in doing so, helps ensure that the tales will continue to live on.
Menachem Wecker welcomes comments at mwecker@gmail.com. He is a painter and writer, and resides in Washington, D.C.
Although the exhibit at Forum Gallery has closed, Mark Podwal’s works can be viewed on his website, www.markpodwal.com, and in Harold Bloom’s new book, Fallen Angels (Yale University Press, 2007), and his calendar for the Jewish Museum of Prague is available through Calendars.com (advanced search for “Mark Podwal”). House of Life will be shown by PBS in April 2009.
Advertisement 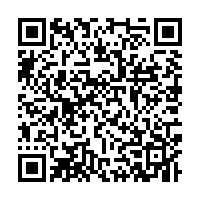