Authority, as the Gemara in Sanhedrin says, makes the world go round. Whether exercised as external power in governmental brute force or through the more subtle influences of religious or moral beliefs on our mental architecture, it is the defining element that allows us to function peacefully as social beings and even allows many of the niceties of civilization.

In the Jewish world, authority finds its source in none other than G-d Himself and the agency that we have internalized as Halacha. We have one source of authority and attempt to act within its confines as much as humanly possible. The issue of authority, specifically, the structure of our lives that defines the borders between personal conduct and socially legitimate behavior, must be mapped in order to be recognized. This relationship, according to Rabbi Dr. Avi Berkowitz, is precisely the issue that John Bradford’s current paintings address at the exhibition at 55 Mercer Gallery.

Berkowitz is no stranger to the concepts of both civil and religious authority. He holds a Ph.D. in Political Science from Columbia University with a specialty in Middle East Studies. As a
musmach of Rabbi Aaron Soloveitchik, his rabbinic authority is solid. He teaches World Jewish History at the Ramaz Upper School and is the rabbi of the Community Synagogue located at East Sixth Street in Manhattan. Rabbi Dr. Berkowitz teaches a weekly Chumash class at his synagogue on Wednesday nights to, among others, his friend of at least 20 years – John Bradford. In light of that class and many years of artistic and scholarly interchange, Berkowitz feels that Bradford is an astute student of Torah and has “integrated the Jewish spirit of the narrative with its halachic dimension.” Berkowitz see evidence of this in one especially grisly painting in the exhibition, Phinehas (2003).

Pinchas is shown in the lower foreground center spearing the sinners Zimri and Cozbi on the left (Bamidbar 25: 7) as witnesses on the right look on in awe. The zealot Pinchas is seen as a complete figure, free, and empowered to act. It is depicted exactly as described by the Gemara in Sanhedrin, 82b. Commenting on this event, the Gemara explicates the Mishnah that states, “If one cohabits with a heathen woman, he is punished by zealots.” R. Dimi comments that the transgressor would be guilty of violating the prohibitions against niddah, a non-Jewish maidservant, a non-Jewish woman and a married woman. But once Zimri perpetrated this forbidden act as a revolt against the leadership of Moses, our teacher inexplicably forgot the
halacha. At that moment Pinchas, shocked to see what was happening, remembered the law, whereupon Moses replied to him, “He who reads the letter, let him be the agent [to carry out its instructions].” The Gemara is explicit concerning the execution of the Halacha; the
transgressors must be punished while in the act of their transgression. Any other manner or time would have transformed the righteous Pinchas into a common murderer.

According to Berkowitz, Bradford’s painting depicts, “Pinchas acting with the freedom of modern man and yet, the entire painting confines him within the structures of the law. The very specific nature of the visual depiction tells us he is acting only within the confines of Halacha. The Gemara is expressing the right and power of an individual to act, but only within the exact specifics of the Halacha. To deviate in any manner makes one liable to the death penalty. It
must be executed at the precise moment, and that is what Bradford has captured.” Berkowitz adds that these laws do not apply in our times when even a beit din lacks the authority to execute transgressors.

Bradford’s painting asserts that the self-authorizing individual can only exist within in the strict confines of Halacha. All of the Avot possessed this unique individualistic power. In Berkowitz’s analysis, this pivotal painting is starkly contrasted with three other paintings in
the exhibition that address further issues of authority.

Moses and Pharaoh (2003) is a distillation of the notion of “Despotism Confronted.” Exodus 10:25 -11:8, depicts the final encounter between Moses and Pharaoh in which Moses declares “I will never see your face again,” as “he left “Pharaoh’s presence in a burning anger.” Berkowitz sees “Pharaoh’s figure, outlined in yellow on the left, as a tightly bound despot, wrapped up and more and more constricted by the very institutions he created to crush society.” In contrast Moses is “about to become empowered and is on the verge of acting with freedom. His hand rises and is about to unfurl” as he departs. We see him in a faint after-image on the extreme right exiting the palace. Most importantly, Moses is seen in a transition
between being bound to Pharaoh’s authority and freely submitting to G-d’s authority. Seen in this light, Moshe is “still operating on the basis of direct instructions from G-d. He is Moshe Rabbainu in training. He is not yet the Moshe who will [on his own initiative] smash the Tablets. After that he becomes, in effect, a self-authorizing individual. Then, but only then, does he earn the right to ask to “see G-d’s face.”

Despotism is illegitimate governmental authority. Judaism challenged the pagan Pharaoh’s authoritarianism with the creation of the Jewish monarchy, as exemplified by the reign of Solomon. The Judgment of Solomon (2003) encapsulates the “Rise of Legitimate Authority.” Berkowitz describes Solomon’s hand “as fully extended in a manner that echoes the assertive posture of Pinchas. But Pinchas is placed in the lower half of the painting, acting only as an individual. Here, Solomon, towering over the figures of the supplicant women, is acting as a legitimate authority. He is totally liberated, reflecting legitimate authority in its flowering because Solomon is dealing with yichus – lineage – the most significant matter in Jewish life. Pinchas judges mere life and death, whereas lineage defines one’s identity. Pinchas cannot arbitrate such matters since he has no meaningful lineage.” Pinchas is the only grandson of Aaron, who is not a Kohen. This was the case since he had already been born when G-d decreed the Priesthood to be given to the sons of Aaron and his grandsons who were not yet born. The distinction between the individual, like Pinchas, who acts on his own, no matter how righteously, and the ruler who can judge lineage, as in the Judgment of Solomon, son of David, is crucial to the establishment of legitimacy. The right to secular authority within a Jewish context must arise out of a discernible past, a lineage of justice and halachic-bound power.

The contemporary world is provocatively depicted in the painting directly across from Solomon. George Bush at Ground Zero (2003) represents, according to Berkowitz, “Bush’s task to free himself from the albatross of his own lineage, specifically his father’s anti-Israel legacy. Only then, can his authority [to transform the American political reality emerging from the 9/11 catastrophe] be legitimated. His outstretched arm echoes Solomon’s commanding
gesture and yet his face is hidden because he is still not fully liberated from his family’s history. He must avoid the “Pinchas trap” that is implicit in the Western illusion of the self-covenanting individual. He must realize that his job is more than just arbitrating the life and death of the terrorists. Therefore, Bradford depicts Bush in the center of the painting, implying that Bush must choose whether he wants to rise to the level of Solomon or descend to the level of Pinchas. In other words, will Bush become a Solomon-like figure, a fully legitimate authority commanding world affairs, or will he remain a self-covenanting individual, acting heroically, but ultimately leaving no legacy.”

Berkowitz’s analysis has come full circle, linking the righteous, but limited and individual, act of Pinchas with the struggles of our current President to act forcefully against the evil of Islamic terror. Exercising authority in the international arena demands a recognized legitimacy. Considering the chorus of criticism, just doing the right thing is not sufficient. Legitimacy ultimately flows from G-d and a thoroughly righteous relationship with His people, the Jews, and His Nation, Israel. Part political analysis and part prophecy, Bradford’s painting has depicted “Authority Being Created.”

John Bradford and Avi Berkowitz comprise a curious couple. Bradford’s paintings blossom under Berkowitz’s trained eye as he traces a narrative of authority; originating in the narrow confines of the righteous individual, evolving in the maturation of Moses as communal leader and blossoming in the glory of Solomon’s national political leadership. The metaphorical climax of the paintings is reached at Ground Zero, the intersection of national tragedy and international crisis. This confluence of Torah, interpretation, halacha, politics and Jewish art alters everything it touches from Tanach to today’s headlines, leaving a permanent and disturbing impression on our consciousness.


Rabbi Dr. Avi Berkowitz’s comments were recorded at a gallery interview while viewing the paintings. I am grateful for his participation. 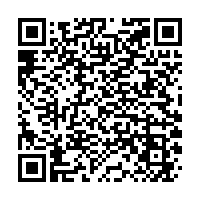