“There were these two diamond dealers negotiating over a diamond. One was offering nearly $100,000 for a five-carat stone. They were not far apart but became very stubborn – their commissions depended upon it. They were arguing incessantly and loudly. A schnorrer going on his rounds overheard them and told them he would settle the difference – ‘I’ll give you the $100,000.’ One said: ‘Seems to me you’ve got a lot of chutzpah – here you’re begging all day, and you’ve got all this money.’ The schnorrer replied: ‘For me, diamonds are just a side business.'”

This and similar lore is contained in this anthropological study of life on New York’s 47th Street, including a behind-the-scenes look at the Diamond Dealers Club, the DeBeers monopoly, even the almost-secret arbitration system that helps keep most of the workings of the “diamond society” so secret.

Born to a family of diamond dealers and traders, Shields finagled her way onto the street to explore the enigmatic society where commercialism meets Judaism in what is essentially a closed community built on generations of trust.

There are many sources where we can read about the mechanics of gemstones, including “The four c’s” (cut, color, clarity, carat weight), cleaving, polishing, grading, etc.; but this socio-anthropological study is one of the first to bring us right into the milieu of a closed society. It’s almost like Margaret Mead writing about the Trobriand islanders.

After being introduced to the officials of the exchange by her uncles Moishe and Shmiel, who were members and dealers, Shields hung about, questioned participants and recorded incidents from daily trading. Of course Diamond Stories fills us in of the vitals of diamond exploration, production and distribution on the world market, including the efforts of DeBeers and others to maintain the image (and the price) of diamonds as a rare commodity of high value – even if they’re really not.

Although they are competing over a commodity that these few, mostly Orthodox Jews have been supplying to the world for ages, the members of this very insular community live together, pray together, eat together and even celebrate their simchas together. It has become a world-wide community involving trading over the several bourses (diamond exchanges) where literally millions of dollars in precious stones are traded on no more than a hand-shake. Even the non-Jews who participate have learned to exclaim “mazel and bracha” to seal a bargain.

Shields pays particular attention to the fact that while women were rarely involved in the industry barely a generation earlier, their presence has increased, and she describes the effect this has on the market place. Until the 80’s there wasn’t even a ladies restroom in The Club.
If you are considering a career in the diamond industry and want to know what goes on behind-closed-doors” Diamond Stories is a must-read. If you’re just curious or need to know why these beautiful little pieces of clear stone are so expensive, this is a very interesting illumination of the business and the mechanics of production and distribution.
Advertisement 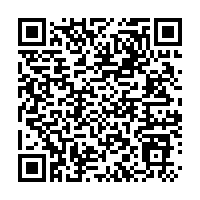