Each year, at the Pesach Seder, we enumerate the kindnesses that Hashem bestowed upon our ancestors. Has there ever been a population of slaves that was redeemed in so glorious a way – their oppressors punished, their physical exertion remunerated, their system of beliefs revealed Divinely, their nationhood established in the land they were promised centuries before? For all that we proclaim “Dayenu” at the Seder, we must wonder nevertheless whether it would have sufficed to have been granted less. Would we have been able to serve as a light unto the nations, leading the battle against slavery and oppression throughout the ages, had we not been prepared for the privileges and obligations that come with freedom?

Rabbi Dr. Kenneth Chelst’s book, Exodus and Emancipation reviews the slave experience in Egypt, from the selling of Joseph into bondage to the triumphant entry of the Israelites into the Promised Land. He offers a deft analysis of relevant Biblical and Midrashic texts that he enhances by discussing an array of commentaries, ranging from the classical exegesis cited in Mikraot G’dolot to the writings of such modern scholars as Thomas Mann.

The author then applies the lessons gleaned from the Biblical narrative to the history of the Atlantic slave trade, from its inception in the second half of the 15th century to the struggle for Civil Rights that continues to this very day.

Chelst examines the institution of slavery, distinguishing between political and personal enslavement as well as between a society with slaves and a “slave society.” He demonstrates the role played by physical abuse and humiliation in the subjugation of a people – whether in Egypt or in Dixie.

Chelst also addresses the importance of faith in uniting even a subjugated people and inspiring them to rise above the misery of day-to-day existence. He deals with the emotional and psychological needs of emancipated slaves – their need for retribution, for remuneration, for a single, shared ideal, and for strong leadership – and points out how these needs were met for the Bnei Yisrael when they were redeemed from Egypt by God’s strong hand and outstretched arm.

Indeed, the lyrics of “Dayenu” catalogue these needs and remind us how very blessed we are to have had them met. It is this blessing that gives us the strength to go on as a people, that gives us the compassion to care for others who have suffered in a comparable way.

Exodus and Emancipation is a scholarly book, replete with tables, illustrations, and primary source material. It is, nevertheless, written in a style that is accessible even to those who lack Dr. Chelst’s erudition. It is a book that will be a welcome addition to any private Judaic library, but it is not one that should remain on a shelf. Rather, this book belongs at the Shabbat table – especially when the weekly parasha deals with the issues that Chelst discusses – at the Pesach Seder, and anywhere that people gather to exchange ideas and opinions. 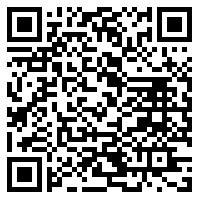