To commemorate the shloshim of Touro College founder and president, Dr. Bernard Lander, z”l, some of his friends and colleagues shared their memories of him with The Jewish Press. Here are their thoughts:

“The Jewish world has lost a prince and a prophet. Rabbi Dr. Bernard Lander was a rare combination of vision and compassion. Hopefully, we all will learn from him to dream, to dare, and to care.” – Rabbi Dr. Tzvi Hersh Weinreb, executive vice president emeritus, Orthodox Union

“The loss of Dr. Bernard Lander is not only being felt on the campus of Touro College, but throughout the Jewish community and all of New York. As the founder of Touro College, a leader in the Jewish community, and a world-class educator, Dr. Lander was one of those rare individuals who not only brought about real change in the world, but touched many lives while doing it. His life and legacy will always be remembered and his contributions to society will never be forgotten.”   – Senator Charles Schumer, United States Senator from New York

“Bernard Lander was a leader among the great personalities who built and advanced Jewish life in America after the Holocaust. The institution he created will be a lasting monument to his incredible contributions, which impacted and elevated this generation and generations to come. He was a unique visionary who was totally devoted to the principles of Torah im Derech Eretz. Most remarkably, he translated his dreams into reality. The entire Jewish community and many others are indebted to him and join in mourning his passing.” – Malcolm Hoenlein, executive vice chairman, Conference of Presidents of Major American Jewish Organizations

“Dr. Lander was a man of many unique qualities. A combination of Torah, Jewish values, honest concern for another individual, and the klal. His forward-looking vision was coupled with the ability and stamina to implement his visions. His endeavors affected Jews on numerous continents; the ripple effects of his activities will benefit klal Yisrael for generations. He was a leader, a mentor and most of all, a friend. He will be sorely missed.” – Rabbi Pesach Lerner, executive vice president, National Council of Young Israel

“Dr. Lander, zt”l, found and continuously immersed himself in the Fountain of Youth. Youth is the ability to change, to develop, to improve. For 94 beautiful and fruitful years, Rabbi Lander changed, improved, and developed himself and the world, all in honor of Hashem.”  – Rabbi Mordechai Finkelman, mashgiach ruchni, Yeshivas Ohr Chaim

“Rabbi Dr. Bernard Lander was perhaps the greatest provider of Torah study and parnassah in our time. He truly represented, Torah u’gedulah bmokem echad. I am personally indebted to him for giving me the chance to advance my education in Holocaust studies.”- Rabbi Yoel Schonfeld, assistant rav, Young Israel of Kew Gardens Hills

“When historians will one day write the history of the growth of the Torah community in America, Rabbi Dr. Bernard Lander will occupy a central role in the narrative. klal Yisrael owes him a tremendous debt of gratitude. Yehi zichro baruch.”- Rabbi Chaim Dovid Zwiebel, executive vice president, Agudath Israel of America

“Dr. Lander’s brilliant vision and achievements embraced the broadest needs of klal Yisrael, and even beyond, but this was rooted in the empathy and love he showed for every human being who crossed his path.” – Rabbi Dr. Moshe Sokol, dean of the Lander College for Men and rav of the Yavneh Minyan of Flatbush

“The great Ponivitcher Rav, zt”l, was once asked, ‘If you are such a great scholar, then where are all the books you have written?’ The Rav took the individual inside his beis midrash and pointed around to all of his students, and said, ‘These are my books!’ There is no one today who has written as many books as Rabbi Dr. Lander.” – Dr. David Luchins, professor and chair of the Political Science Department at Touro College

“Rabbi Lander changed the Torah world, to allow Torah students to learn a livelihood and receive a secular education. All this, without compromising the student’s Torah values and tzenius. He was a legend in our days, tireless, and committed to bringing his vision to Jewish students all around the globe. He and his vision will never be forgotten.” – Rebbitzen Esther Jungreis, founder of Hineni, personal friend of Dr. Lander and recipient of an honorary doctorate from Touro College

“Rabbi Dr. Bernard Lander was an amazing phenomenon. Though legally blind, he had better than 20-20 vision in the most important terms. Although, nearly 30 years beyond retirement age, he had more energy and vigor that people half his age. His imprint will remain, through the people he prepared for the professions and marketplace without diluting their primary loyalty to Torah.” – Rabbi Nosson Scherman, general editor, ArtScroll Publications and noted lecturer.

“Rabbi Dr. Bernard Lander, zt”l, was a pioneer and a true visionary in the field of higher education. His legacy is the tens of thousands of students who studied on Touro’s multiple campuses. Most importantly, as a rav and a manhig throughout his career, locally, nationally and globally, he was mekadesh shem shamayim.” – Rabbi Michael Miller, executive vice president, Jewish Community Relations Council 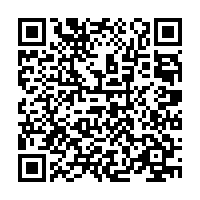