When I mentioned to friends last year that our family was planning a week long vacation to the Lake George and Gore Mountain area, most people commented, “What are you going to do there for a whole week?”

It turns out that a week was almost not enough time to do everything we planned. The Lake George area has a historical depth to it, is filled with natural beauty and has a whole host of fun for those with an adventurous streak. Here are some of the fabulous places we visited during our trip.

During the French and Indian War (1754-1763), which was actually fought between the British and French, the British built Fort William Henry on the southern side of Lake George to protect the colonies to the south from French forces. The Fort William Henry Museum is a wonderful duplicate where history comes alive. British soldiers escort visitors around the fort explaining their mindset and lifestyle – including the role women played on the fort and in the war. Children are even given the opportunity to try on a uniform and “join the royal army.” It’s open daily from 9:30 a.m. and there are military demonstrations several times during the day.

Natural Stone Bridge and Caves is probably one of the nicest natural wonders I’ve seen. The trails run through paths rich with amazing sights such as the largest marble cave entrance in the East. The self-guided, ¾-mile route is a natural trail, mostly above ground, that affords up-close views of the many unique rock features in the marble gorge, such as potholes, grottos, and mill site waterfalls. The Summer Adventure Tour offers visitors (ages 13 and older) the experience of exploring a genuine underground dirt and water-filled cave. Visitors don a caving suit, helmet, light and other necessary gear, and, with the help of trained guides, explore the underground cave.

The same family has privately owned Natural Stone Bridge and Caves for over 200 years. In fact, Jacob Van Benthuysen, an ancestor of the current owner, received the site as payment for his service during the Revolutionary War.

The Steamboat Company of Lake George offers a variety of different style cruises. The Minne Ha Ha, an authentic steamboat and one of the last steam paddle wheelers in America, takes passengers on an hour-long cruise of the lake. The Mohican, the oldest continuously operated tour boat in America, has been cruising the lake since 1908 and currently takes passengers across the 32-mile lake. In June 2008, the Mohican was placed on the national Register of Historic Places, the third active passenger vessel to be so designated.

The company also operates the Lac du Saint Sacrement, the largest cruise ship on the inland waters of New York State and has a Thursday night firework cruise during the summer months.

No matter which of the cruises you choose, you are sure to have an experience you will remember! The views from the ships are incredible and the captain’s narration is fascinating!

A hot air balloon is not launched from one particular place. Before deciding where to launch from, Todd releases a helium balloon to check the wind’s direction – that helps him decide where to take off from. As the landing spot is different each time as well, Todd is in constant radio contact with the driver who meets the balloon after it lands. 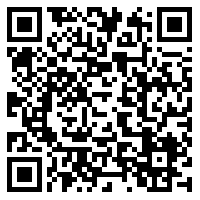