On a beautiful sunny day in the middle of August, my husband and I took an incredible boat ride around Manhattan Island. For two hours the noise and sounds of the city faded away while we enjoyed a relaxing, picturesque tour of New York’s historic landmarks and tourist attractions.

We departed from Pier 78 at 38th Street and 12th Ave. Getting to the pier was easy. After taking the train from Brooklyn, we picked up one of the many New York Waterway buses that travel throughout the city. Free of charge, these buses can be hailed at many of the city’s local bus tops.

Traveling up the Hudson towards the Palisades Highway, our New York born and bred tour guide, Tara, shared little tidbits of information about every area of the city we passed.

Did you know that 20 city street blocks make up a mile? Or that the 843 acres that make up Central Park were set aside in the 1800s because there was a fear that the city would be overrun by buildings?

We passed under the George Washington Bridge – one of 19 bridges we would pass under – and saw the “Little Red Light House”, brought here at the turn of the century. While traveling on the Harlem River, we stopped at the Spuyten Duyvil Bridge. This is a turntable bridge, which means it opens sideways, like double doors as opposed to a drawbridge, which opens vertically. We had to wait at the bridge for some time before it opened, as there is construction being done on the bridge and the crew had to be moved out of our way.

By the way, ”Spuyten Duyvil,” according to Washington Irving, means, “Spite the devil” in Dutch and is in memory of a Dutchman who swam across the creek to warn the Dutch that the British were coming.

Do you remember the old, red subway cars? They are being phased out of use and being shipped to Maryland to serve on the coast as a “barrier reef.”

Passing under the University Heights Bridge, we passed a boat dock that looked as if it belonged in the Florida Keys, not at the water border of Washington Heights.

As we continued along the Harlem River, we traveled under three bridges in succession. The first is the Washington Bridge, not to be confused with the GWB. This was actually the first bridge to be named after our first President. The next bridge was the Hamilton Bridge, named after the famed Alexander, who was killed in a duel by Aaron Burr. The last bridge in this area is the High Bridge, which used to be a pedestrian walkway, but is now closed to all traffic.

As we traveled past Yankee Stadium, I thought about how many times we had driven up this way going someplace else and how little time was spent exploring our own city.

Along the East River we traveled under the Ward’s Island Pedestrian Walkway – an interesting green structure that looks like a bridge that suffered a high school prank – all the steel girders seem to be missing.

We passed Hell’s Gate, City Island, Little Island and Roosevelt Islands – and you thought the only island around here was Manhattan. There are no direct roadways from the city to Roosevelt Island; the only access is by tram.

What struck us so often is how beautiful the architecture in the city is – on the water you get a clearer view of the buildings and a more comprehensive picture of a city that few would describe as beautiful.

As we passed the Lower East Side and Williamsburg, we made our way onto the deck of the boat. The view of the city at that point is breathtaking. Watching other boats speeding by, helicopters landing and the cars traveling over the bridges, you get an incredible appreciation of how massive the city is.

Passing Ellis Island and the Statue of Liberty you can almost imagine how the thousands of immigrants who came into New York Harbor felt as they saw this magnificent statue for the first time and realized that freedom was in sight.

What kinds of people take this two-hour cruise? We met families, couples, and singles. Out-of-towners enjoying the city for the first time, in-towners spending a relaxing stay in a city they know and love. We heard French, German, Spanish and Dutch and English with a variety of American accents.

New York Waterways has a full line of cruises available – everything from 90 minutes around the city to two-day excursions along the Hudson. The boasts themselves are comfortable double-deckers with seating on both levels. The upper level features an open deck area with great views.

Reasonably priced with great service and a full snack bar at your disposal, these cruises are a great way to relax and enjoy this great state. For more information, visit their website at www.nywaterway.com 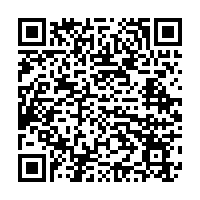