During Operation Protective Edge, IDF soldiers were faced with deadly risks in the Gaza Strip. Sixty four soldiers were killed and many more were wounded in combat. This is the story of one IDF commander who put his life in danger to rescue a soldier kidnapped by Hamas.

Lt. Eitan, 23, joined the elite unit of the Givati Brigade in March 2010. During the IDF’s prestigious commanders course, he first met Lt. Hadar Goldin, who would later fight by his side in Operation Protective Edge.


At around 8:00 AM on Friday August 1, it was announced that Israel and Hamas had reached a temporary ceasefire. Taking advantage of the relative calm of the ceasefire, Lt. Eitan and his fellow soldiers, who had not slept for 24 hours, took turns sleeping while others guarded and inspected houses thought to have been used for terror activity.

During one of those inspections, the soldiers’ commander, Maj. Sarel, noticed that a terrorist was watching from the roof of another house. Accompanied by First Sgt. Lial Gidoni and Lt. Hadar Goldin, he approached the terrorist to assess the danger.

Suddenly, terrorists opened fire at the soldiers and the sound of an explosion resonated throughout the area. There was confusion among other forces in the vicinity who did not understand what was happening. Hamas terrorists had violated the ceasefire.

We are conducting extensive searches in S. Gaza in order to find a missing IDF soldier. We suspect the soldier was kidnapped by Hamas today 2:00 PM – 1 Aug 2014 819 Retweets 213 favorites

Lt. Eitan and his soldiers, who were not far away, immediately went to assist. “When I arrived, I saw two of our soldiers being taken into a house,” Lt. Eitan said. “It was the same moment that we were told that we had found a tunnel opening at the location. Fearing a possible explosion, I ordered everyone to get away.”

“No one really knew what had happened but suddenly someone shouted: ‘Goldin’s gone, Goldin’s disappeared!’ We quickly started counting soldiers and everyone was present except one: Goldin was missing.”

At that moment, Lt. Eitan realized that terrorists had kidnapped Lt. Goldin by dragging him into a tunnel. He regrouped his unit and told them that two officers had been killed and that another soldier had likely been kidnapped. A deafening silence filled the room. “I have never experienced anything so difficult,” Lt. Eitan said.

2nd. Lt. Hadar Goldin, 23 from Kfar Saba, is the soldier suspected to be kidnapped by Hamas earlier today.

“When I realized a soldier had been kidnapped, I went to find him”

“The brigade commander, Col. Ofer Vinter, contacted me on the radio, and I told him that I was going into the tunnel to look for Goldin,” Lt. Eitan recalls. “I went four meters down into the tunnel when it began to collapse. I could hardly see anything; sand and stones were obscuring the light. I returned to the surface, took my equipment, my helmet and gun, and went back into the tunnel with my soldiers.” 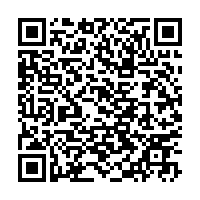