Mr. Hannity, on behalf my grassroots movement, GA-GA for Israel, our members and the 1200+ individuals of both the Christian and Jewish faiths, I would like to extend a profound thank you for your courageous and unrelenting support of the State of Israel. Your recent reporting from the Jewish Homeland was first class–as are you–and it offered a purview of Israel that other journalists rarely dare to show.

Sadly, amongst the casualties of this war launched by Hamas, is the truth, a casualty that even the wholly capable care not to resuscitate. But with God-like perseverance, you’ve done well to breathe life back into it, to resurrect it. You took your viewers on a brave and heartfelt journey from Hamas’s terror tunnels to Israeli-playground bomb shelters, from historic sights to the broken heart of an Israeli mother whose son was kidnapped and killed by Hamas.

In an ever increasing anti-Semitic world that is set on vilifying Israel, you humanized it and showed not only the duress under which Israelis are living as they scramble to bomb shelters and awake to sirens, but you also showed what a beautiful country it really is, God’s gem, proverbially flowing with milk and honey.

They say Israel has nine Iron Domes, but you Mr. Hannity are the tenth one as you persistently knock the lies and misinformation out of the air and shield Israel with the full force of your integrity, beliefs and honest news coverage. There is an expression in the Talmud which says, “If there are no men among you, BE ONE.” You have certainly stood out to be that man and a veritable mensch in an ever-growing gutless world where moral equivalencies are made between the victims and the perpetrators.

The State of Israel, America’s greatest ally, often feels like a single candle flickering in a tsunami of hate determined to snuff her out. And yet Israel is the only true democracy in the Middle East, one with a free and open press, one that protects the rights of women, minorities, homosexuals and all faiths unlike their surrounding neighbors who beat women into submission, stone adulterers, kill gays and burn down churches and oppress Christians. On a daily basis Israel is innovating world changing cures and technologies, from 3D printing to the endoscopy pill, PillCam, to devices that help the wheelchair-bound walk and the blind see. The Israeli army is among the first responders post-natural disasters around the globe, including after the earthquake in Haiti where their assistance was indispensable. If only Israel’s enemies would engage themselves in such positive pursuits instead of perpetually conspiring to wipe Israel off the map, they would certainly do better for themselves and their people. Instead of laboriously digging tunnels to import weapons of terror, which they launch indiscriminately at civilian targets, let them build infrastructure and a future for the next generation of Palestinians. If a tree grows in Brooklyn it can grow in Gaza too, if only they’d plant one!

And so Mr. Hannity it is with the deepest of gratitude, appreciation and reverence that we thank you for your support, your decency and your valiance and for seeing that aforementioned beauty in Israel that too many choose to ignore. Your actions have truly resonated in our hearts and your steadfast friendship gives us great comfort that we do not stand alone. May God’s own words be the last here and fill all your days, “I will bless those who bless you.”

*Sean Hannity posted it on his Twitter account, websites and spoke about it on his radio show and says the letter brought a tear to his eye.

Gratefully yours, in the spirit of Schindler’s grateful,

Ga-Ga for Israel: Put Israel’s best Face Forward was founded in 2008 by journalist Aliza Davidovit to celebrate Israel’s 60th birthday and its heroes. The purpose of the group now is to show the beautiful face of Israel and its people and to publicize the radiant lights that shine forth from Zion. 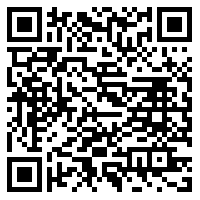