This article first appeared on JewishBusinessNews


The Australian Business Insider believes the large jump in the size and percentage of this put position means Soros is worried about where the S&P is headed in the months ahead when the fed turn off the quantitative easing stimulants.

“Where the S&P goes so likely goes the ASX200 if Soros is right,” writes the BI’s Greg McKenna, adding: “so we’ve been warned.”

Incidentally, George Soros turned 84 this week. According to the Irish Times, the old lad’s Quantum fund has generated just under $40 billion in profits over the last 40 years or so, making him the most successful hedge fund manager ever.

Soros is basically about short selling, betting on the market to take a dive. His most notorious bet was in September 1992, when his shorting of the English pound forced the Bank of England to devalue the currency and leave the European Exchange Rate Mechanism (ERM), the IT reminded readers.

Soros earned at least $2 billion on that one, going down in history as the man who broke the Bank of England.

Soros came out of retirement in 2007 just for the 2008 disaster, when, unlike most investors, he felt right at home. 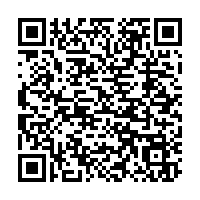