Last night the aim of the IAF strikes on Gaza broadened beyond rocket launchers and munitions, to include the Ministry of Internal Security – which served as one of the main command and control centers for the Hamas terror organization – as well as an important police compound and a military hideout used as both a meeting place for senior operatives and a communications center. Additionally, Israeli Navy soldiers targeted a rocket launching site, a Hamas post, and a structure used for Hamas’ terror activity.

In a joint IDF-ISA mission, the IDF targeted, in a pinpoint strike, a Hamas intelligence operations center, which was deliberately located in a media building in the Gaza Strip. In addition, IAF aircraft targeted a senior Hamas operative in the aerial defense operations, several terrorist squads, and a terrorist who was identified at the launching site from which a rocket was fired towards Jerusalem yesterday.

The IDF also targeted a system of tunnels used to transport fuel to Hamas, as Hamas had used the transported fuel to support its terror activities. This was a major source of income for the Hamas, who used to purchase the gasoline cheap from the Egyptians, and sell it to its own people at Israeli prices ($16 a gallon, in case you were curious).

Here are the results of last night’s attacks. It’s been said that the IAF targets bank is already running on overdraft: 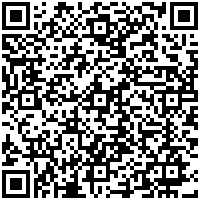