In an odd conflation of coincidences, Israeli and Indian violence have been ricocheting across the continents.

Mira Scharf, the wife of a Chabad rabbi in India and a “shlucha” (a female emissary) to New Dehli, India, returned home to Israel this month for a memorial service for the Mumbai Chabad Rabbi Gavriel Holtzberg and his wife, Rivka.  The Holtzbergs were brutally murdered in the Mumbai massacre exactly four years ago.


While in Israel, Scharf, a pregnant mother of three, became one of the first Israeli victims of this current Hamas-Israel violence. She and two others were killed in a rocket attack in Kiryat Malachi on Thursday, November 15.

And tonight, the circle closes with the hanging death of the last surviving Indian gunman from that brutal three-day rampage on Mumbai that claimed the lives of 166 people, including Rabbi Holtzberg  and his wife.

Pakistani citizen Mohammed Ajmal Amir Kasab was hanged during the night in a secretive procedure in India, following a four year trial.  Kasab was sentenced to death by the Bombay High Court last October.  He was convicted on various charges, including waging war against India.  His mercy petition was rejected by the President of India, on November 5.

Sentenced to death by the Bombay High Court in last October, Kasab was convicted on charges ranging from treason to waging war against India. His appeal in the Supreme Court was turned down in August.

“It is a warning for those trying to instigate terror attacks in India, as well as succour for those who have suffered due to these attacks,” said BJP vice-president Mukhtar Abbas Naqvi.

As many as 166 people were killed when Lashkar-e-Taiba militants attacked different targets in India’s financial hub on Nov. 26, 2008. Over 300 people were injured in the attacks.

Kasab was filmed walking through Mumbai’s main train station carrying an AK-47 assault rifle and a knapsack on his back.  During his interrogations, many of which were filmed, Kasab admitted his involvement in the murders, described his role in the massacre.

When police asked Kasab, 21 at the time, what he understood about jihad, he told them, “it [Jihad] is about killing and getting killed and becoming famous.” “Come, kill and die after a killing spree. By this one will become famous and will also make Allah proud.”

Muslim Pakistan and Hindu India are locked in violent religious hatred similar to that between the Arab Palestinians and Israel. The Pakistani government chose not to claim Kasab’s body, and consequently he was buried in India.  His was the last death of the Mumbai massacre. 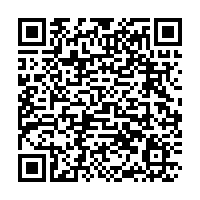