At least four terrorists were killed and seven others injured on Saturday in an air strike of the Egyptian army in north Sinai, on Israel’s border, a local security source told Xinhua.

“The air strike targeted a house, a hut and a car in the village of al-Toma near Sheikh Zewaid city in North Sinai along with more that 10 rockets, while Jihadists replied with heavy artillery but in vain,” the source said.

On Friday, two Egyptian military helicopters struck a rocket base of Jihadist militants in Rafah city in north Sinai. 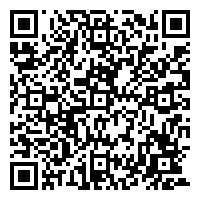