Justice Minister Ayelet Shaked on Tuesday called on Prime Minister Benjamin Netanyahu not to push for early elections. “Toppling a rightwing government over nothing would be a historic mistake, similar in magnitude to the downfall of the Shamir government in 1992,” Shaked tweeted.

PM Yitzhak Shamir’s coalition, put together in 1990, included Likud, NRP (today’s Habayit Hayehudi), Shas, Agudat Yisrael and Degel HaTorah (today’s United Torah Judaism), the New Liberal Party, Techiya, Tzomet, Moledet, Unity for Peace and Immigration and Geulat Yisrael, and held 62 of the 120 seats in the Knesset. It was Israel’s most rightwing government before the current one. Then, in late 1991, early 1992, Techiya, Tzomet and Moledet all left the coalition because Shamir participated in the Madrid Conference. The country went to new elections, and picked Yitzhak Rabin and the Labor Party. The rest took place in Oslo.

Defense Minister Avigdor Liberman on Tuesday threatened that “if a prime minister does not want elections, he will not fire Minister Landver, and there are precedents to this. If he fires her – we are on our way to new elections.”

Aliyah and Absorption Minister Sofa Landver (Yisrael Beiteinu) stands to be fired from the Netanyahu government, should she vote—as she promised—against a bill lightening the IDF service load of Haredi Israelis, a bill which started the coalition crisis.

Netanyahu and Liberman did not meet Monday night, and there is a disconnect between the two at the moment, according to sources close to the prime minister. Netanyahu met with all the heads of his coalition partners overnight, but Liberman did not show up.

Kulanu politicians have intimated to Netanyahu that they would go along with him on both the draft bill and the Nationality Law, if only he sticks around through the budget vote and pushes off the elections he had been contemplating.

Labor party chairman Avi Gabai, told Israel Radio that despite his party’s poor showing in recent polls – down from 24 seats to 13 – is immaterial and that in the end his party is the only real alternative to Netanyahu. The reason is that while the Haredim with their estimated 11 seats would never go into a Yair Lapid-led government, they would have no problem joining a Labor-led government. 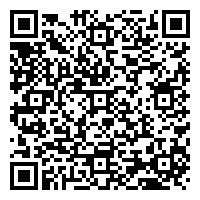