Watch the videos at the end of the article.

Thousands of splinter organizations dedicate their every waking moment to posting falsified narratives, videos and pictures on the web with the aim to mislead students and try and draw them into joining what is known as the BDS movement. While the raging wars of yesterday were once on the ground, today they are most certainly in cyber space.

The challenges are well known; the vast magnitude of reach and the tiny ability to monitor the posts and media uploaded is the greatest problem today. So how can one fight back? The Israeli government decided they have the answer and are calling on supporters around the globe to join the cyber warfare!

This month, Israeli Strategic Affairs Minister Gilad Erdan announced the launch of 4IL, an online initiative aimed at stemming the flow of misinformation coming from anti-Israel groups. Movements like Boycott, Divestment and Sanctions (BDS) disguise themselves as seeking relief for Palestinian Authority Arabs, when in fact they advocate for the destruction of Israel.

In an age where falsified facts are flooding Google, Bing, YouTube and social media platforms, it often feels like there’s a virtual drought of factual information available and within reach on the web. By targeting students on college campuses and feeding them faulty and incomplete information, BDS stimulates people who may not have been previously familiar with the facts about the Israeli-Arab conflict.

Students are always more impressionable and ready to fight for a cause that appears to stand up for the “under-dog”. Often if not always, they do not stop to explore whether or not the facts they have in hand are indeed accurate. The new 4IL platform gives Israel supporters videos, graphics, articles and content with which to spread the truth to a troop that may not otherwise invest time learning the ins and outs of a contentious topic.

The 4IL site provides supporters with all the tools necessary for fighting back and taking a stand to defend Israel and reveal the real story behind the headlines. Easy to use, 4IL already has a YouTube channel loaded with videos that educate about Israel – and about staying informed in a world where the news is often distorted.

Take a look at some of our favorites to share with your friends.

1. Be a cyber warrior from your lounge room!
You would not believe how easy it is to make a difference from your armchair at home – Act now!


2. The real model of peace: Barkan Industrial zone: How BDS is killing thousands of Arabs’ jobs.


3. How to brainwash a college student 101:
Young and looking for a cause. You would be surprised at how many ridiculous fake “facts” these budding scholars believe about Israel.


4. Looks can be deceiving.
What happens when the heroes turn out to be the villains? 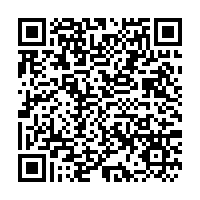