Click here to get a lifesaving EpiPen into the hands of a United Hatzalah volunteer!

One recent evening, a babysitter was looking after some children in their home when one of the younger boys, who was severely allergic to milk products, was jealous of his siblings happily munching on pizza.


The two-year-old child grabbed a piece of pizza from his brother and took a bite before he could be stopped. The effect was instantaneous and his entire body immediately broke out in hives, swelling to drastic and life-threatening proportions. The alarmed babysitter called emergency services for help.

United Hatzalah’s dispatch and command center sent out the alert to the closest responders in the area. United Hatzalah volunteer EMT Yaakov Borer was bathing his children when he received the alert.

Leaving his kids with his wife, Yaakov dashed out of his house, jumped on his ambucycle and tore over to the address. Arriving in under 90 seconds, Yaakov sprinted into the home.

He found the child swiftly losing consciousness from oxygen deprivation due to the almost complete constriction of his airway. He was moments away from his breathing being stopped completely.

Fortunately, this active United Hatzalah EMT volunteer was recently issued an EpiPen by the organization. Yaakov knew that the majority of EMTs in Israel, even first responders, face a lack of EpiPens due to its worldwide shortage and high expense. However, he always makes sure that his is located in his medic bag for emergencies such as the one he faced.

Yaakov quickly injected the lifesaving epinephrine into the child’s thigh and then grabbed the oxygen tank and Ambu-mask in his medical-kit and administered assisted ventilation to the barely conscious child. Yaakov kept up the artificial respiration for almost ten minutes until the little boy’s condition stabilized. Once the boy’s breathing normalized, he regained consciousness.

Yaakov calmed the distraught babysitter and crying children as he monitored his young patient. Fifteen minutes later, an intensive care ambulance arrived to facilitate medical transport. If Yaakov had not arrived as soon as he had and not had his Epipen, then this story would have ended differently.

“EpiPens are very expensive in Israel and in very short supply,” said President and Founder of United Hatzalah, Eli Beer. “They have a very short shelf-life and expire quickly (within 15 months from production date). It is for these reasons that EpiPens and similar auto-injection devices are not given out as part of the standard-issue medical kits possessed by volunteer EMTs. Over the past few months, United Hatzalah has undertaken the initiative to purchase enough auto-injection devices like EpiPens in order to supply all 6,000 of its volunteers so that they can use the lifesaving device to effectively treat those suffering from anaphylactic reactions.”

“We need a lot of help to be able to purchase these life-saving devices so that each volunteer can be equipped with an EpiPen or similar device,” said Beer. “This life-saving tool can very easily mean the difference between life and death for a patient who needs it.”

Beer added, “As it is well known, our entire organizational budget comes solely from donations. So I am asking the public to help us achieve this goal of purchasing the required number of devices so that our volunteers can have the tools they need to save lives. Over the course of 2019, United Hatzalah has received 5,000 calls relating to anaphylactic emergencies and only a handful of the medics have an EpiPen on them. While we are now beginning to increase that number we need help in order to make sure that every volunteer is equipped with one in order to prevent tragedies from occurring.”

It is sobering to realize that the child in Yaakov’s rescue story, as well as hundreds of others, can instantaneously suffer anaphylactic reactions. Without these lifesaving auto-injection devices, many people whose lives could be saved may suffer and in the worst of situations even die. 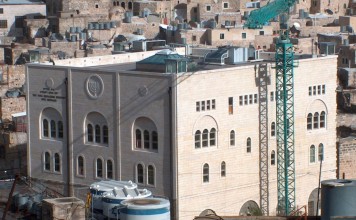 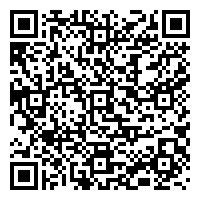