The coverage of Tuesday’s mob attack in Jerusalem noted a forty-minute response time from the police. Something sounded familiar when I read that.

After a little digging, I found it: an interview Arutz Sheva’s Tamar Yonah did last September with a resident of Aish Kodesh in the Shomron following a mob attack incited by mosque speakers. Here’s the relevant exchange:


“I heard that it took an hour-and-a-half for the IDF to arrive at the scene. Is that true?”

“Yeah, about. That’s usually what it takes.”

A further similarity between these attacks was the victims’ fear of prosecution if they defended themselves. One of the people attacked by the mob in Jerusalem said:

“…we preferred to flee rather than shoot, because we were afraid of the police. In an event two weeks ago, a security guard fired a shot in the air and he’s facing all sorts of legal complications. My buddy knew that if he shoots, he’d lose five years of his life and go to jail.”

“We probably have enough bullets to take care of it, but that’s probably more the scary part.

We’re probably more scared to shoot someone and kill someone than we are to get hurt ourselves… All we need is one bullet to hit one person, and the whole incident is over. Everybody turns around and runs away, and we’re fine. But then that person is basically taking it upon himself to go to jail, because the way it works here in Israel it’s kind of like you’re guilty until proven innocent—especially if you killed an Arab—and everybody knows that…And the Arabs kind of know the bluff already. They know that we’re not going to shoot them.”

Lest these fears be thought unfounded, Border Police raided Aish Kodesh in April and seized weapons after another attack. Weapons seizures have been occurring for some time in these communities.

Meanwhile, Jews continue to be arrested for praying at the holiest site in Judaism as Jews elsewhere in Jerusalem live in nightmarish conditions. Our enemies see all of these signals and act accordingly. 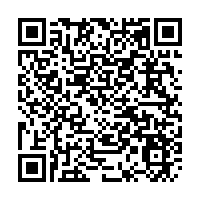