“They just dismantled the entire vehicle, smashed all the windows, the mirrors, twisted the window frames – it was really was a miracle that we managed to escape,” one of the victims told Hakol Hayehudi.

Beit Orot on the Mount of Olives has recently suffered an increase in attacks on Arabs from A-Tor.


Two weeks ago, local Arabs pelted neighborhood homes with rocks and withdrew only after the guard fired a shot in the air. That was preceded by several Molotov cocktails which Arabs had thrown at the neighborhood homes, where in one case a caravan was set ablaze with a family inside.

Last week was surprisingly quiet, but on Tuesday it became clear that it was the calm before the storm, and on Tuesday night three neighborhood residents were attacked by an Arab mob, and they say it was a miracle escaped from the attack safely.

“We left the neighborhood around 7 PM,” Ro’y Elnekave, one of the attack victims, told Hakol Hayehudi. “At the Intersection of A-Tor they threw a block on our rear window and immediately called the police and stopped on the side of the road. At that point there wasn’t a crowd there yet, and we thought it was just one of the Arabs who threw a stone and the police would arrived in a few minutes.”

But they were wrong. The event was not just a routine stone throwing, and the police never came.

“After a quarter of an hour in which the police had not yet arrived, the Arabs began to gather, and in an instant they began to pelt us with blocks and rocks. Those were not tiles, not ordinary stones, those were large cinderblocks,” Elnekave, a veteran of many Arab assaults, emphasized. “We left the vehicle and the Arabs began to attack us with blows and fists.”

A number of Beit Orot Yeshiva students were called to the scene and managed to rescue three Jews, who were lightly injured from the stones and from the blows, and the whole group ran toward Beit Orot.

That’s when the Arab mob had its way with the car. “They just dismantled the entire vehicle. Smashed all the windows, mirrors, twisted the window frames, took the infant’s chair and climbed on the roof. It was really a miracle we managed to escape,” said Elnekave.

Elnekave added that one of the victims was carrying a firearm, but due to police conduct in a previous case – he was afraid to use it.

“One of the guys was armed, and shouted at them to stay away because we were armed, but we preferred to flee rather than shoot, because we were afraid of the police. In an event two weeks ago, a security guard fired a shot in the air and he’s facing all sorts of legal complications. My buddy knew that if he shoots, he’d lose five years of his life and go to jail. This is simply fear of the hostile police. We simply preferred to escape.”

It took the police about forty minutes from the time of the call for help. Patrol cars arrived and towed the badly damaged vehicle back to Beit Orot.

Correction: The location was A-Tor, not Abu Tor.

Where Am I? You Don’t Need to be a Genius

Jews Attacked by Arabs in Jerusalem on Tisha B’Av 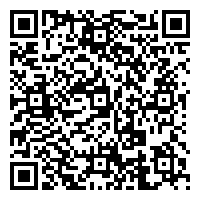