What brought together hundreds of Jewish fashionistas to attend an event with women with taste, class and an appreciation for the finer things in life and for an evening filled with laughter, joy, camaraderie, kindness?

The night was not just an amazing evening of cocktails, and fashion shows for women and children, with beautiful table settings and a delicious and creative menu, along with hundreds of raffles with the ability to win thousands of dollars in prizes, but also an evening devoted to the heartwarming ability of so many women to give, to share and to support their friends and neighbors in need in their community and elsewhere.


What brought over 450 women and 100 volunteers together for this amazing extravaganza is an organization called: Couture For A Cause.

Michal Weinstein of Woodmere and Esther Silber-Berg of Hewlett, originally conceived Couture For A Cause seven years ago; philanthropists in their own right and childhood friends. The organization was originally created to “raise awareness for important charities…with glamour and panache…Fundraising with a Flair,” said Michal Weinstein. Their motto, “Putting the fabulous into fundraising,” has been fundraising through fabulous events since 2007.

Michal Lara Weinstein, an advertising and marketing graduate of Stern College for Women and School of Visual Arts, is the creative director of mlwdesign, a full service web and graphic design firm that specializes in social media strategies, graphic design, and e-commerce. Despite her very busy schedule, juggling her successful business and family, Michal has put together creative fundraisers for various organizations, including Puah, Chai Lifeline, Ohel and, of course, Couture For A Cause.

Esther Silber-Berg is a graduate of the Parsons School of Design, where she earned a degree in fashion merchandising and marketing. Esther inherited her fundraising ambitions from her father, and was influenced by her mother who ran an interior design firm before deciding to start on her own. As a young girl she also served on the board of various charities, which helped mold Esther into a business savvy woman with a love for giving back.

At a chance meeting over a year ago, at a benefit for Project Renewal (an organization dedicated to assisting people suffering from various forms of kidney disease and to saving lives through kidney donation), Michal, who said, “I don’t believe in chances” met Sharon Langert from Lakewood, otherwise known as Fashion-isha, an event planner, and designer whose goal is to find the balance between the practical and the beautiful while upholding the high standard of fine and modest woman. Sharon, a mother of five, donated her kidney through Renewal to another Jewish mom who is thriving today.

The Shirat Devorah Foundation was started to assist a local mother of four children, struggling to get back on her feet after Hurricane Sandy destroyed her home. In the midst of the frustrating fights with insurance companies and FEMA for reimbursement for the natural disaster, Devorah Schochet was diagnosed with ALS.

The wonderful women working for CFAC decided that an event is not just a party, but also a means to demonstrate their achdus, unity, love and support of their neighbor, Devorah.

Michal and Esther, these two dynamic and powerhouse women, were joined for this year’s event by Sharon Langert and Breezy Schwartz, and 100 volunteers who worked tirelessly for six months to make the event happen. Breezy, known for her great shop on Central Avenue in Cedarhurst, NY, became involved with CFAC as a way to “give back to a community that has been so wonderful and supportive.” The women who are involved “inspire and drive me… [T]heir creativity and passion for each cause is contagious.”

This year, Breezy ran the raffle department, working 24/7, and as head of raffles she was able through the generosity of the givers/donors to obtain donations for the raffles of over $100,000, e.g., watches, trips, jewelry, vacation and spa packages, wigs, just to name some of the various prizes. Just walking into Breezy’s, her shop, is a bit of heaven and while offering every kind of baking and kitchen supplies, gifts, housewares, etc. she also offers classes and recipes and ideas if you don’t know what to do with all these items. 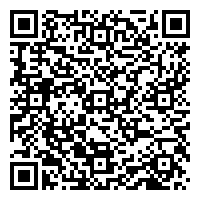