MK Miri Regev said this week that Israel “releases terrorists and receives missile fire, murder and terror.” She further specified, “The Palestinians in Gaza dig terror tunnels into Israeli territory and recently, three Israelis were murdered. This equation, of terrorists for negotiations, must stop.”

I agree with the above, but it’s bizarre to see Regev talk about terrorism resulting from capitulation—and especially terrorism from Gaza. After all, Regev is part of the reason why numerous Israelis have suffered so many aerial acts of attempted murder from that region.


Before becoming a Knesset member in 2009, Regev was in the IDF for 25 years and retired as a Brigadier General. As IDF Spokeswoman in 2005, Regev helped execute Ariel Sharon’s destruction of Gush Katif and surrender of that territory. A profile of her from 2012 noted:

“In 2005 she led the IDF’s public relations campaign prior to Sharon’s unilateral disengagement plan, and received widespread praise for her open, respectful approach to journalists, allowing them to escort the military units in charge of removing residents who would not vacate their homes and to interview senior officers without the need for approval.”

Regev’s notion of considerate treatment did not extend to respecting the rights of fellow Jews and citizens in Gush Katif. She appeared none too distressed furthering the expulsion of these Israelis in a photograph taken during the “evacuation” of Kfar Darom—”evacuation,” as if the government was protecting citizens from an impending tsunami.

Did Regev think Israel’s enemies in Gaza would feel demoralized after seeing the “Jewish army” throw out Jews from their homes and abandon synagogues? Did she share former Meretz MK Ran Cohen’s obnoxious claim in October 2004 that “The disengagement is good for security”?

Regev says that “No normal country releases murderers.” Neither does a normal country make war on citizens to empower a neo-Nazi movement that plainly states murderous objectives. Both acts have very foreseeable consequences requiring no brilliance to recognize, just an honest mind.

“The beginning of defeat is retreat,” our Sages teach us. Does Regev think there is no causal relationship between Gush Katif’s destruction and the current releases of murderers, that the latter monstrosity arose ex nihilo? Has she apologized to Gush Katif expellees and rocket-battered countrymen for her culpability in their suffering? Everything about this politician’s current outspokenness seems all too belated and all too convenient. 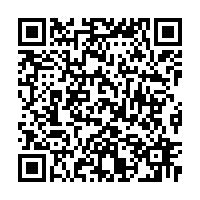