Before I begin my letter, I’d like to take a second to define terminology. It’s the technical writer in me. I want to be clear. A self-hating person is someone who acts to harm himself, believing he is beneath contempt, without value or self-esteem. A self-hating Jew, however, is typically not so much concerned with bettering himself as ensuring that others live up to standards that are not only beyond the norm, but also self-defeating. A person who has a gun in their hands and is attacked by someone wielding a machete has little choice. Die or kill. A self-hating Jew will offer to arrange the funeral. The execution will take place, regardless of what choice the person takes. If they choose to die, the funeral will be physical and attended by many human rights activists, financed by George Soros, and hailed by John Kerry, Hillary Clinton and Barack Obama. If the Jew decides to use the gun, there will still be a funeral. This time, it will be in the media, attended by a world that would more than likely have used a bomb to kill the attacker, rather than only the gun that was in their hands.

An Open Letter to Gideon Levy

It’s hard to write to you without wondering if I’ll have to cleanse my keyboard and computer; whether it will forever be tainted by having wasted this time and effort. This week, we were provided with the perfect scenario. Every soldier’s mother’s nightmare and every advocates dream. The video was very clear. The soldiers did not attack Jamila Jabbar, who wished to martyr herself on Allah’s bed of hatred. Jabbar attacked them.

The video is so amazingly clear, I’m surprised you didn’t take the more obvious option of claiming it was staged. Yes, Jabbar approaches the soldiers slowly. By her actions, we are all pretty sure slow is a good description not only for the pace she walks, but her mental capacity as well.

The soldiers back away from her. Even you…wow, even you admit the soldiers did all in their power to avoid the very confrontation she demanded. They backed away, calling to her to stop. She continued. And then, you contradict yourself. “In the blink of an eye”? Well, Gideon, if there was enough time for her to advance several meters, for the soldiers to react and pull back…clearly, that eye was doing more than blinking.

You ask Lt. General Gadi Eisenkot to watch the video of the attack. What, are you stupid? Do you really think that Eisenkot hasn’t watched it? About 15 times? I’m up to about 10 and I’m just a mother…

Now could they have turned around and run, leaving her at a bus stop to stab the next unarmed Jew who came along? Well, yeah, probably, but you see, Gideon, the thing about that uniform they are wearing is that it is intended to represent the fact that it is their job to PROTECT the civilians of this country and so they are supposed to deal with any and all threats as they arise and this one, dear misguided Gideon, was a clear and present one.

Is this how soldiers are supposed to act? Well, to be very honest, I think that they took too long. I think that had a commanding officer been there, he’d have shot her several seconds earlier. More, he would not have fired only one bullet. Protocol would have called for BOTH soldiers to fire; several bullets each, unless there were other civilians around, which there were not…yet.

Are we proud of their behavior? Hell, yes. Fact is, Gideon, these soldiers did what they were trained to do and they gave her more of a chance to stop than most soldiers in Israel (and more than ANY soldier in any country for about 1,000 miles in all directions).

You quote Eisenkot as saying that he didn’t want a soldier to empty a magazine on a girl. Gideon, I get the feeling you don’t know what a magazine is. See, it’s this plastic thing that holds, well, a lot of bullets. Not ONE single bullet that was fired at this poor, misguided, slow and terribly stupid terrorist who was desperately hoping to stab a soldier and get her one-way ticket to the staircase of martyrdom.

Then you ask another question – was shooting her in the stomach the only way to eliminate the threat? Hell no. They could have shot her in the head; they could have shot her in the heart. Given how close she was, they didn’t really have time to fool around with aiming for her legs or shooting in the air – but, if you were really wondering if there was another way besides the stomach, I have to admit, there was. Of course, we’d be burying her instead of treating her in our hospitals, but if you’d prefer that, maybe we can work on fixing the rules of engagement.

Then you get into math…I can tell, Gideon, that you’re probably good in writing but clearly, you suck at math. They collectively, these TWO soldiers, fired ONE bullet…so how was it two on one? You admit only one of the soldiers fired…oh right, I remember now, you thought the other one was supposed to attack her from behind without her noticing, right?

You ask another question that I’d like to answer – you ask “What do you think they’ll take away from their military service, from this incident?” Well, Gideon, I guess I should confess. Those soldiers were from my son’s unit so what they are going to take away from this is home baked brownies and a letter from me telling them that I am proud of them. As for the army, I’m hoping they give them a medal, but I guess we’ll have to wait and see.

And then you say maybe they’ll grow up one day. Gideon, they already have. If they thought Palestinian lives were cheap, they would not have hesitated for a second, and they would have shot her through the heart. And because they did act as they were supposed to, thank God (and no thanks to you), they will grow up. And no, I don’t think they’ll ever regret protecting their lives.

Getting back to you, Gideon, I know that the soldiers will mature, will go on to live productive lives, marry, have children and always remember that they are alive today because they didn’t listen to self-hating Jews who were ready to plan their funerals. Those soldiers will be strong and good citizens of our country. They will dedicate their lives to protecting this land and hoping that someday that strong stand will lead to a meaningful and real peace agreement.

I can only wish that we could say the same about you. 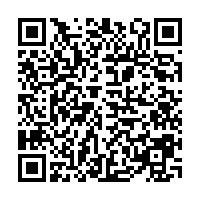