Saudi Arabia has, according to the US, threatened that they will step in to protect Iran by shooting down any Israeli planes on the way to destroy or damage the Iranian nuclear threat to its people. There are so many facets of this concept and so many things go through my mind.

First, is the arrogance. I am reminded of the single plane in 1967 that kept flying into Eilat, landing and then appearing to unload war equipment and then taking off again, only to circle around out of sight and then land again – all to convince the Arabs that Eilat was being supplied with massive arms and it was not worth attacking. It worked. One plane…


I am reminded of the story – fact or fiction – of Israeli jet fighters making their own statement by not only overflying Saudi Arabia, but daring to touch down on their runways before lifting off again to the skies. I am reminded of our daring flight to Uganda to save the hostages in Entebbe; of our flights to Ethiopian and Yemen to bring the persecuted Jews of those communities home. I am reminded of our flying in to Iraq to bomb the beginnings of their nuclear reactor; of our flying in to Argentina to kidnap and bring Adolf Eichmann to justice. I am reminded of a few years ago, as Elie was on the Syrian border, of our planes flying overhead to bomb the beginnings of what would have been a Syrian nuclear reactor.

It is arrogance on my part to laugh at the Saudi threat; to wonder if they would even have, in the blink of an eye, the time to identify the Israeli jets, let alone scramble and catch them. Of course, it is arrogance. The Saudis have advanced warning systems – thanks to their allies in the United States. And still I dismiss the Saudis. I think of them, probably wrongly, as lazy and arrogant men who belittle their women, sit around in long robes smoking on ancient water pipes. It’s a silly image and yet it persists.

Second, then, in my thoughts, is the fact that this threat is being made public by the US and not by the Saudis. The Saudis have apparently chosen to voice this threat through American officials and this time, Israel has correctly identified it as yet another attempt by the US to control Israel. Obama’s government doesn’t want Israel to attack Iran until it gives the go-ahead either by performing the attack itself, or by granting us permission.

On the flip side, Israel understands quickly that if the US attacks Iran – Iran’s first target will be Israel. We will pay for any attack with missiles against our civilian population. And yet, the US expects us to alert them to our plans, to delay and/or go according to their schedule.

There is one great truth that all Israelis know; that all Jews have accepted. Today’s modern Jew, at least in Israel, is different than the Jew of yesteryear. A former boss of mine was once describing his life in Poland before World War II. He explained how the Jews would step into the streets in his village, so that the Christians could walk on the sidewalk. The Jews would bow their heads a bit; look at the ground. I was young, a new mother with two children in my first few years of marriage as I listened to his description.

My children – a generation of Elies and Shmuliks don’t know how to do that either but where I can at least understood the need Jews once had to feel that they needed to behave this way, my sons won’t even understand that. No, we will not return to what we once were and we will leave the defense of our land in no one else’s hands.

Will Israel strike at Iran? For all the politicians on both sides of the ocean that speak of this and to all the journalists who discuss it, my answer is clear and unequivocal. You’ll hear about it hours AFTER it happens. It will happen in the dead of night, or first thing in the morning. Perhaps in the afternoon of a particularly hot day, or just before the first stars come out. It will happen when…when it needs to be done. 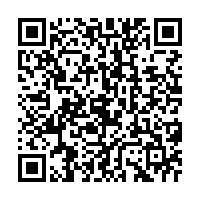