As we were meeting people about our upcoming conference, we heard the news – a young Jewish man was stabbed close to the Old City. The terrorist, an even younger man bent on murder had been apprehended. In between conversations about what we wanted, who we expected to attend, etc., we kept going back to the news.

They were saying the mayor of Jerusalem was there, that he helped apprehend the terrorist. Two people at the meeting smiled, “they mean his security,” one said.

Look at the picture – it was taken from security cameras covering the area. The terrorist appears, circled. You’ll see him advance and then what looks like two or three men approach him – one is wearing a white shirt – he is the mayor of the city of Jerusalem and he most definitely was involved in the “take-down.”

You can see as the mayor and his security guards work to neutralize the terrorist; you’ll see, at the same time, another man in white helping someone across the street. The man who is lowered to the ground was lightly wounded and evacuated to the hospital.

This mayor has done much to promote Jerusalem – there are two significant things worth noting here. The first is that with his body, with his life, he moved in bravely to protect. And the second is that at any point, his security forces could have simply shot the 18-year-old terrorist. They chose to try to take him alive, and they did. 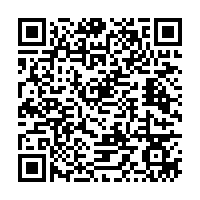