Guests followed the opening by pouring on to the football field for a ribbon-cutting ceremony and then inaugurated the field with a game of catch with the Pro Football Hall of Fame delegation.


The Kraft Family Sports Campus is a multi-purpose sports center located in Jerusalem’s Emek Ha’Arazim. It was made possible with a $6 million gift from Robert Kraft and sponsorships from Mifal HaPais and Toto.

“This significant contribution to advance sport in Jerusalem is part of the celebration of the 50th anniversary of the reunification of Jerusalem,” said a spokesperson for the municipality. “In two weeks, the Campus will open to the public and be used for the 20th Maccabiah Games.”

The Kraft Family Sports Campus is positioned to become an integral part of Jerusalem’s burgeoning sports renaissance, which includes the opening of many new arenas and dozens of international sporting events each year.

“The establishment of the Kraft Family Sports Campus joins the expanding culture of U.S. football in Jerusalem, and adds to the existing Kraft Family Field in Sacher Park.

“The Kraft Family Sports Campus is a central part of my vision for Jerusalem as an international capital of sport and athleticism,” said Mayor Barkat. “Years ago, I remember meeting my dear friend, Robert Kraft and his wife Myra, and we had an instant connection. We both understood the importance of Jerusalem and the importance of advancing sports in our city.

“Since then, Robert has been an unwavering partner in the growth and development of Jerusalem. This gift, which helps celebrate the 50th anniversary of Jerusalem’s reunification, furthers Robert and his family’s commitment to the capital of Israel, and to enhancing sport and particularly football in Jerusalem.”

“The Kraft Family Sports Campus allows me to invest in two things that I have always been very passionate about: My love of Israel and my support for youth athletics and team sports, especially American football,” said Kraft.

“I fell in love with Israel on my first visit in 1963 and have been investing in its future ever since. I have seen the positive impact team sports can have, not just on the individuals who participate, but in the communities that support them. They help unify those who might otherwise be divided by cultural differences. Team athletics have proven to develop leadership, provide examples of success through teamwork and promote health and fitness. My family and I are proud to establish this large scale, multi-sports complex, which is the first of its kind in Jerusalem.”

The campus will open to the public in two weeks for the 20th Maccabiah Games. 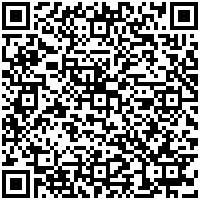