When I married my husband, I was surprised to learn that his family didn’t celebrate Thanksgiving. His parents were Holocaust survivors, born and raised in Europe, threatened and nearly killed by the Nazis. They immigrated to the United States because anywhere, everywhere was better than Europe and the US was the first place that came through with enough visas for the brothers and sisters on both sides that had survived. Gone were the parents, grandparents, uncles and aunts. Each had lost siblings, cousins, friends, neighbors.

They were a generation cut off from their roots but not their future and the one thing they knew for sure was that their future would not be spent in Europe. As far as I know, the only other time they went back to Europe was on a personal “heritage” tour in which they went with my sister-in-law and at one place, were met with a woman and a knife because she thought they had come to take her home – the one she had stolen from my father-in-law’s family – away from her.


It was the United States of America that accepted them, welcomed them, and gave them a secure place to raise their children. They accepted many things from their new homeland, but not this holiday of Thanksgiving. For them, as Orthodox Jews, thanksgiving was something you gave every day, not once a year, they explained to me (as others have as well).

In practice, the concept of thanking God is so ingrained in the Jewish religion that it is the first words we speak each morning – Modeh Ani –

I tried to explain to them that for me Thanksgiving was about family – it was the chance to gather everyone close on a day that was not Shabbat, when Jews are unable to travel, use electricity, and generally stay close to home.

So, each year, most years, we made a Thanksgiving dinner with friends and family. When we moved to Israel, we made a few dinners with American friends, but for the most part, the tradition fell away. It’s been years since I did it. Until Lauren came into our lives and asked about the holiday.

I decided this year to make a turkey and invite my parents and my sister – her children, my children. And then, Israel went…well, as it turns out, not really to war but into Operation Pillar of Defense. Elie was called in and I wasn’t sure what to do. I decided that whatever Lauren wanted, we’d do and so I asked. I think she was surprised that I asked – hadn’t considered canceling. You don’t cancel Thanksgiving, after all – it’s there. And so my husband picked up the turkey, I stuffed it and cooked it. Lauren made pumpkin pie and a delicious soup – and my parents and my sister and one of her kids (and her fiance, who is also named Elie), came.

And though he didn’t make it in time for dinner – but rather time enough to grab leftovers and eat them straight off the plate as a happy Lauren packed him food – Elie came home.

Thanksgiving is a time – one time along with every day and every minute of your life that you should stop and give thanks. Some families go around the table and have everyone say one thing for which they are grateful. That’s not something we have ever done, but perhaps we should.

I am so very grateful, God, that You brought my son home safely. I’m grateful for the rain that pours down on this land at this moment, and even for the thunder and lightning. I am grateful for the land in which I live; that we are able to defend ourselves as we were not able to do when my in-laws lived and nearly died in Europe.

I am so very grateful for the blessings in my life – my husband, my children, my grandson, the three that have married my children to form families of their own. I am grateful to the soldiers of the Israel Defense Forces who answered the call without hesitation -in staggering numbers and with staggering efficiency. They rushed to answer the call – out of love and dedication. 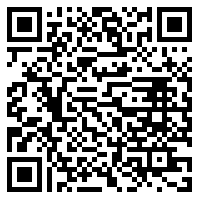