Elie said something to me the other day and the meaning of his words are only hitting me now. As a woman, I am very sensitive to comparing rape to…well, virtually anything. I know some women who have been raped and I have seen the long term effects it has had on their lives.

Rape is something I can’t imagine – the feel of it, the terror involved, the lasting need to understand how one human could violate the essence of a person with complete disregard.

I am also very hesitant to sanction anyone using the Holocaust as a comparison to…well, virtually anything. It cheapens, lessens, damages.

And yet, Elie said something the other day that continues to reverberate in my head. He, like most of us here in Israel, are trying to understand the logic of Israel agreeing to release murderers and terrorists in exchange for…well…best we can figure it…the honor of having the Palestinians walk into the same room as us.

No, he wasn’t denigrating the damage that rape does; he wasn’t cheapening it. The idea of releasing rapists to promote gender equality would have men and women around the world screaming at the stupidity, the absurdity. A rapist who uses and abuses a woman in this way has nothing to do with gender equality; the idea of releasing the epitome of death and war has nothing to do with promoting peace.

Three years ago, young Tamar Fogel went out on a Friday night to meet with her friends. She was a typical 12 year old…until that night. When she returned home, she found that Palestinian terrorists had murdered her mother and father, stabbed her 3 year old brother in the heart, killed her 10 year old brother as well. And, in a crime that defies every ounce of humanity, they had slit the throat of her three month old baby sister.

All this Tamar saw; all this she has lived with. Three years ago, trying to be brave, she explained to people that now she had to be a mother to her two surviving younger brothers.

This week, she stood outside the Prime Minister’s house and protested the latest release of terrorists and killers. It is a strange world indeed, when stupidity comes from our leaders and wisdom comes from our children.

Releasing terrorists in the name of peace is as horrific, as incomprehensible, as absolutely moronic…as releasing rapists to promote gender equality.

How sad; how true…

Former Deputy Chief of Staff: Every Day Sgt. Azaria Is on Trial Damages the IDF 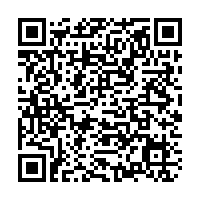