On Monday, Dec. 30, there was a second suicide bombing in Russia. Monday’s bombing took place on a bus and left 14 people dead. The city of Volgograd was already reeling from a suicide bombing in the city’s main railway station less than 24 hours earlier. In that attack, 17 people were killed and dozens more injured.

Volgograd is a city in Russia on the western bank of the Volga River.


There were no immediate public claims of credit for the bombings, but it is no secret in Russia that the major Islamist movement in the region has vowed to disrupt the Olympic Games in the Russian southern city of Sochi which are scheduled to take place this coming February.

This past June, Doku Umarov, the leader of the Russian Muslim terrorist group, released a video in which he called on his followers to use “maximum force” to ensure the Olympics not take place.

Umarov claims that the land on which the Olympics are to be held contains the bones of many dead Muslims.

“Today we must show those who live in the Kremlin … that our kindness is not weakness,” Umarov said, speaking in a forest and dressed in green camouflage. “They plan to hold the Olympics on the bones of our ancestors, on the bones of many, many dead Muslims buried on our land by the Black Sea. We as mujahideen are required not to allow that, using any methods that Allah allows us” Umarov stated in the video.

Umarov, believed to be hiding in the mountainous area between Chechnya and Dagestan, has claimed responsibility for several major terrorist attacks in transportation sites in Russia, including an airport and a Moscow metro station.  Those attacks killed nearly 100 people.

He had made a public promise not to unleash any more terrorist attacks on Russian soil, but has since revoked that announcement because of the insult of Russia’s hosting the 2014 Olympics on what he and his followers are claiming as Muslim burial grounds.

Umarov is suspected of playing a leading role in the 2004 brutal attack on a school in Beslan, during which 300 people were killed, many of whom were elementary school students.

Sometime during the mid-to late 2000’s, the claim of the Chechen rebels metamorphosed from a separatist focus to a fundamentalist Islamic focus. Umarov proclaimed that Western countries are the enemies of all Muslims. He also announced he intended to install Sharia law across the region.

Given the brutal clampdown of forces counter to Russian supremacy, it will be fascinating to watch how Russia’s leader, Vladimir Putin, responds to the current Islamist threat.  In this case the threat does not merely constitute an insult to Russia, it threatens to become a major embarrassment of Putin and his country on the world stage of the Olympics.

We may be watching the ultimate Olympic match. One in which an immovable object – Putin and his country – is met by an unstoppable force – fervent Islamist terrorism. It will not be a spectacle for the meek. 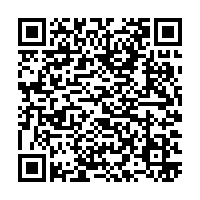