The Obama administration asked a United States judge on Monday (Aug. 10) to “carefully consider” the size of the bond he sets for the Palestinian Authority while it appeals an award for damages in the deaths and injuries of Americans in six terror attacks in Israel.

Both the Palestine Liberation Organization and the Palestinian Authority were determined to be financial liable for the attacks in the civil trial that ended in a New York court in February.

Attorneys for the defense argued the PA could not afford to post the bond for the appeal, typically 111 percent of the judgement. They asked the judge to waive the bond requirement altogether instead.

The Obama administration concurred, and took the highly unusual step late Monday night of filing a formal “Statement of Interest of the United States of America” with Justice George B. Daniels of the Federal District Court in Manhattan.

The plaintiffs, who were opposed to the request, included ten families of victims of terror, comprising some three dozen members, eight of whom were physically injured in the attacks and others who were related to those who were murdered in the attacks that took place between 2002 to 2004.

The attacks left a total of 33 dead and more than 450 injured, including a number of U.S. citizens. They were carried out by terrorists from the Al Aqsa Martyrs’ Brigades and Hamas.

“The United States strongly supports the rights of victims of terrorism to vindicate their interests in federal court and to receive just compensation for their injuries,” the Department of Justice wrote in the brief.

However, requiring the Palestinian Authority to pay “a significant portion of its revenues would likely severely compromise the PA’s ability to operate as a governmental authority,” wrote deputy secretary of state Antony J. Blinken.

“A PA insolvency and collapse would harm current and future U.S.-led efforts to achieve a two-state solution to the Israeli-Palestinian conflict.”

In court last month, Judge Daniels made it clear he intended to set the bond as a “significant demonstration” that the Palestinian Authority and PLO were both “willing and able to pay a judgment, if a judgment is entered and affirmed on appeal.” The families have taken the position that the defendants should deposit at least $30 million per month with the court as a show of good faith.

Blinken added in the DOJ’s brief Monday that the government was not taking a position on the merits of the case; only the impact of the bond itself.

There has been some friction over the case – and over the issue of intervening on behalf of the PLO and PA for the bond – between the State Department and the DOJ. 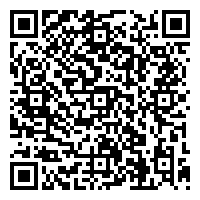