I watched the Israeli TV news last night, which showed excerpts from the funerals of the four young people who were run down by a terrorist (a Jerusalem Arab) driving a large truck, who then turned around and took another run at them before being shot. It was hard to bear. So I am not at all in a pleasant mood.

The Palestinian strategy aims to drive the Jews out of the land of Israel by a combination of violence and diplomatic pressure. Lately, a diplomatic offensive has coincided with both official and unofficial Palestinian incitement to terrorism.

Two weeks ago UN Security Council resolution 2334 was passed, calling Jewish communities in Judea, Samaria and eastern Jerusalem illegal, and defining all the land outside the 1949 armistice line as “occupied Palestinian land.” 2334 is certainly the most anti-Israel resolution that has ever come out of the Security Council, and one of the worst products of the UN since the General Assembly declared Zionism racism in 1975.

Instead of vetoing it, as it has previous anti-Israel resolutions, the Obama Administration abstained and allowed it to pass. Indeed, the Israeli government believes that the administration even helped create it. The administration insists that there is nothing new in the resolution. But actually it upends other critical UN resolutions and marks a very significant shift in American policy.

Resolution 2334 was criticized by almost every legitimate Jewish institution in the US and Israel (that is, every one to the right of J Street, the phony “pro-Israel” group set up by George Soros to challenge AIPAC). Even the Union for Reform Judaism’s Rick Jacobs had to admit that the UN “has disqualified itself from playing a constructive role” in dealing with the conflict, although he seems to agree with most of the resolution’s content.

One of the many serious implications of the resolution was that virtually all the important holy places of Judaism were placed on “Palestinian land,” including of course the Temple Mount and the Western Wall (the Kotel hama’aravi).

So I was surprised and even shocked when I saw this news item:

Israeli NGO Mattot Arim reports that Women of the Wall refuses to take part in the efforts to oppose the recent anti-Kotel UN resolution. …

Mattot Arim said it turned to Women of the Wall for help in opposing the resolution because the latter’s website places the Western Wall very high on its pedestal. The site states the Western Wall is “the principal symbol of Jewish peoplehood and sovereignty.” It also refers positively to “the Jewish people’s return to Jerusalem in 1967.”

Mattot Arim pointed out to WoW that the new UNSC Resolution states precisely the opposite – namely, “the Security Council does not recognize any changes to the 4 June 1967 lines, including with regard to Jerusalem.” This means not only Judea and Samaria, but also all of eastern Jerusalem, the Western Wall and the Old City, is territory “illegally occupied” by Israel.

WoW said in response that it would not take a stance on the resolution nor join the effort to rescind it. The Women wrote to Mattot Arim that their struggle is “to achieve equality for women” at the Kotel. They said they “choose not to comment on issues which are outside the purview of our struggle” because “our group comprises women of many different political persuasions.”

Mattot Arim is a politically right-wing organization, and the WoW are mostly left-wingers. But it would certainly seem that on this issue they would have common ground. Ironically, if resolution 2334 were implemented and the Temple complex turned over to the Arabs, most likely there would be perfect equality between Jewish men and women at the Kotel – neither group would be allowed to pray there!

Many WoW members support the extreme left-wing Meretz party, which – except for the Arab parties – is the only one in the Knesset that applauded the passage of 2334. For Meretz, there’s no greater evil than “settlements” and “occupation.” These are the ones whose “political persuasions” present a problem.

But then why bother to demonstrate against Israeli policies that discriminate against women at the Kotel if you think the site shouldn’t be part of Israel at all?

Maybe they should think about the conflict between their Jewish spirituality and their politics. 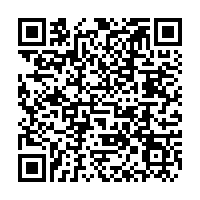