The terrorist who committed the ramming attack on Sunday was a resident of the Jerusalem neighborhood Jabel Mukaber, a neighborhood built up by the British in the time of the Mandate to house members of the Arab A-Sawahra Bedouin tribe. Until the First Intifada, relations between the residents of Jabel Mukabar and the residents of the adjacent Jewish neighborhood Armon Hanatziv were good. But it all changed when many of the former began hurling rocks at Jewish homes.

Starting in 2001, the relations between the two neighborhoods deteriorated as terrorists from Jabel Mukaber began carrying out shooting attacks against cars and homes in Armon Hanatziv. In 2008, things took another turn for the worse with the lethal attack at Mercaz Harav Yeshiva, in which eight students were killed and which was committed by a resident of Jabel Mukaber. In September of that year, another Jabel Mukaber resident employed a tractor in a ramming attack. In November 2014, two Jabel Mukaber residents used knives, axes and a handgun to murder five worshippers and a police officer at a synagogue in Har Nof. Other residents of the neighborhood have been behind ramming attacks and other types of attacks on civilians.


Obviously, we must not draw generalizations about everyone in the neighborhood, but it’s not hard to find an explanation for why so many terrorist incidents originate in Jabel Mukaber. There are a number of schools there. One is named after the neighborhood itself. In April 2016, the school was the site of a meeting between students and the parents of terrorist Baha Aliyan, a local man who had murdered three Jews on a bus in October 2015. News reports about the meeting said that “in a post summarizing the meeting, the terrorists and their families were praised, and the families were thanked for the visit. The post said that representatives of the Palestinian Authority’s Education Ministry had been in attendance.” And how did Israel’s Education Ministry respond? That school is a private one that does not receive government funds, and is therefore not subject to Education Ministry supervision.

Indeed, the school has no need for outside funding: The school is maintained by Islamist officials who ensure that the students there receive instruction in jihad and hatred of Israel. Incidentally, the Israeli Education Ministry’s explanation also said that there were dozens of schools of the same status in east Jerusalem that were not under government supervision.

When Israel allows children to be educated to hate Jews and glorify “shahids,” it’s no wonder that terrorists ready to commit murder even if it costs them their lives spring up one after the other. Baha Aliyan wrote a post before he carried out his attack that ended with the words: “I’ll see you [again] in Paradise.”

It’s a bizarre reality: In the capital of Israel, Israeli law is scoffed at as schools teach — without any fear of an Israeli reprisal — that every Muslim has an obligation to kill Jews to liberate the land that they claim belongs to Islam. The land of Israel was conquered by Caliph Umar II, who Muslim tradition says was the first to gaze upon the city of Jabel Mukaber in the seventh century C.E.

Leaving the field to the hate-filled preachers who are raising generations of potential terrorists leads to tragic results of civilians and soldiers being murdered in ramming and shooting attacks and people at prayer being hacked to death with knives and axes. No new legislation is required to root out the education to hate; all that is necessary is to implement the law that already exists. 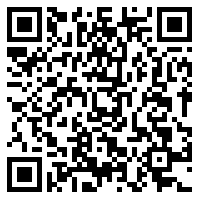