Imagine: devout Muslims are hunting down a Christian group for worshiping in their own mother language. The Malaysian government won’t authorize the construction of churches, so Christian groups rent or convert shop lots and warehouses to use as a place of worship. This group’s activity at a hotel was a private function, yet the (Muslim) morality police is going to hunt them down.


It is illegal for Christians to use the word Allah for god in Malaysia.

Why Christians would want to use the word Allah for god is beyond me. Allah bears no resemblance to Hashem or Jesus.

It might be Christmas Day cheer across the world but Selangor Islamic Religious Department (Jais) officials are not feeling the festive occasion as they look for a Christian group that used the word “Allah” in their worship illegally last weekend.

Malay newspapers had reported that the Christian group had allegedly used “Allah” at their Sunday function at a hotel in Klang, reigniting the battle for the word which is now before the country’s apex court.

A Court of Appeal ruling decided that the home minister has the power to restrict use of the world.

The Government and religious authorities have not only gone to restrict Christians from using the word but have now started a campaign to outlaw Shia Islam in the country.

There are only some 1,500 Shias but the number cannot be independently verified.

In the latest case, deputy director of Jais Ahmad Zaki Arshad said they had yet to get proof that the Christian group had used the word “Allah” in their meeting.

“We are seeking the assistance of the hotel management to view footage of the closed-circuit television camera to check on the validity of the claim. We cannot act, based on a photograph in a newspaper,” Ahmad Zaki told The Malaysian Insider.

He said the department was seeking the cooperation of the event organisers to come forward to facilitate investigation.

“A photograph is insufficient evidence to act.”

The department is investigating the case under a 1988 enactment which bars non-Muslims from using the word “Allah”.

The daily had reported that some 200 people had attended the gathering, organised by International Full Gospel Fellowship.

In their reaction, Pertubuhan Ikatan Kebajikan dan Dakwah Selangor (Ikddas) and Perkasa Selangor chapter urged Jais to investigate and act on the matter.

“From a legal perspective, it is clear the use of the word ‘Allah’ is prohibited to non-Muslims. If the organiser uses the sacred word in a non-Islamic function, then Jais should not hesitate to take action against them,” Ikddas president Rosdi Long told Utusan.

Selangor Perkasa chief Abu Bakar Yahya said it was inappropriate for non-Muslims to use the word, saying the Selangor sultan had issued a decree on the matter.

Sultan Sharafuddin Idris Shah, who is also the Islamic religious head, recently called on non-Muslims in his state not to refer God as “Allah” and ordered that the word not be used in the Bible and in the Bahasa Malaysia section of Catholic weekly, Herald.

This, he said, was to avoid causing confusion among Muslims in Selangor. 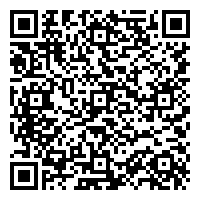