Only 600 lashes? The libs will say that is progress. The question is, how many lashes can any human being withstand? I think beheadng is more …. humane.

“We believe that when public speech is deemed offensive, be it via social media or any other means, the issue is best addressed through open-dialogue and honest debate,” said US State Department spokeswoman

An international outcry was triggered by a Saudi Arabian court that handed a seven-year jail and 600 lashes sentence to the editor of a liberal website for violating Islamic values.

Raif Badawi has been in detention since 2012, after being arrested on cyber-crime charges related to Free Saudi, the website he founded which hosted discussions on religion in the ultraconservative Islamic kingdom.

The US and France expressed deep concerns at the punishment also slammed by human rights groups.

“We believe that when public speech is deemed offensive, be it via social media or any other means, the issue is best addressed through open-dialogue and honest debate,” said US State Department spokeswoman Jen Psaki.logger makes a mockery of Saudi Arabia’s claims that it supports reform and religious dialogue,” said Nadim Houry, deputy Middle East director at Human Rights Watch.

“A man who wanted to discuss religion has already been locked up for a year and now faces 600 lashes and seven years in prison.”

Judges at Jeddah criminal court reportedly dropped the heaviest charge of apostasy – which carries an automatic death sentence – after Badawi, gave assurances he was a Muslim.

“The judge asked Raif, ‘Are you a Muslim?’ and he said ‘Yes, and I don’t accept anyone to cast doubt on (my belief)’,” Badawi’s wife, who moved abroad in 2012 with her children, tweeted.

However, the court found Badawi guilty of insulting Islam and ordered the closure of the website, Al-Watan newspaper reported.

Judges also gave Badawi an additional three months in jail for disobeying his father, a crime in Saudi Arabia. The two allegedly had numerous public confrontations over the years.

Part of prosecutors’ evidence consisted in postings by Badawi and anonymous members of his site critical of senior Saudi religious figures, HRW reported.

Badawi’s troubles with the authorities started shortly after he started Free Saudi in 2008.

He was forced to leave the country in May that year, after authorities charged him with “setting up an electronic site that insults Islam”.

As the charges were dropped he returned to his homeland but continued his online activity, HRW said.

In March 2012 he was designated as an “unbeliever and apostate” by a well-known cleric Sheikh Abdulrahman al-Barrak.

Al-Barrak reportedly claimed Badawi was guilty of saying “that Muslims, Jews, Christians, and atheists are all equal”.

In accordance with a strict interpretation of Islamic law, Saudi courts implement a series of corporal punishments, of which flogging is considered the most lenient. 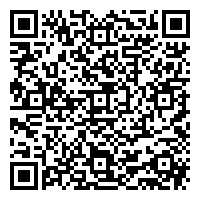