Suppose you were taking a college class on the history of the 20th century and during one lecture the topic of the Holocaust was introduced. Then, in the middle of a class discussion, one student explained to the lecturer that, in his view, though some crimes were committed against Jews (and other groups) by the Nazis, the scope of the killings is still unclear and needs further research by historians and scholars.  Suppose that this student further opined that such crimes committed by the Nazis (whatever the scope) shouldn’t be exploited by Jews today to justify sixty years of usurping the land of another group and committing murderous crimes against them.

What kind of reaction would you expect from the lecturer and the students upon hearing such views?  The chances seem high that the student would be condemned for lending credibility to Holocaust revisionism and evoking the Holocaust in the context of Israel’s treatment of Palestinians – remarks which would arguably fall within the EU Working Definition of Antisemitism.  As the Wall St. Journal noted recently, responding to reports of comments made by Iran’s new president in an interview with CNN that included questions about the Holocaust:

Pretending that the facts of the Holocaust are a matter of serious historical dispute is a classic rhetorical evasion. Holocaust deniers commonly acknowledge that Jews were killed by the Nazis while insisting that the number of Jewish victims was relatively small and that there was no systematic effort to wipe them out.


Whilst CNN’s translation of Hassan Rouhani’s much publicized remarks during his interview with Christiane Amanpour on Sept. 24 has been challenged by the Wall St. Journal and Al Monitor – both of which insisted that, contrary to the CNN translation which relied on an Iranian government interpreter, Rouhani never used the word “Holocaust” – opting instead for the more euphemistic term “historical events” –  here are the relevant remarks by Iran’s president based on CNN’s Sept. 25 transcript:

I have said before that I am not a historian personally and that when it comes to speaking of the dimensions of the Holocaust as such, it is the historians that should reflect on it.

But in general, I can tell you that any crime or – that happens in history against humanity, including the crime that the Nazis committed towards the Jews, as well as non-Jewish people, is reprehensible and condemnable, as far as we are concerned.

And just as even such crimes are – if they are to happen today against any creed or belief system or human being as such, we shall again condemn it.

So what the Nazis did is condemnable. The dimensions of whatever it is, the historians have to understand what it is. I am not a historian myself, but we – it must be clear here, is that when there is an atrocity, a crime that happens, it should not become a cover to work against the interests or – or justify the crimes against another nation or another group of people.

So if the Nazis, however criminal they were, we condemn them, whatever criminality they committed against the Jews, we condemn, because genocide, the taking of the human life, is condemnable and it makes no difference whether that life is a Jewish life, a Christian or a Muslim or what.

For us, it’s the same. It’s the taking of a human life and an innocent human life is (INAUDIBLE) in Islam. It’s actually something that we condemn and our religion also rejects.

But this does not mean that, on the other hand, you can say, well, the Nazis committed crimes against, you know, a certain group, now, therefore, they must usurp the land of another group and occupy it. This, too, is an act that should be condemned, in our view.

So there should be an even-handed discussion of this.

Here is the Sept. 25 Guardian report on Rouhani’s remarks:

The Guardian celebration of Rouhani’s faux ‘acknowledgement’ relied entirely on quotes from the CNN transcript, and characteristically hasn’t been updated or revised to note to their readers the major dispute over the translation which came to light the day after their Sept. 25 story.  Interestingly, however, their story, written by Saeed Kamali Dehghan, did include one observation by an Iranian-born Israeli named Meir Javedanfar which helps to explain how the remarks have been contextualized by media outlets friendly to the Iranian regime.

Meir Javedanfar, an Iranian politics lecturer at Interdisciplinary Centre (IDC) in Herzliya, Israel, interpreted Rouhani’s remarks as the limit he could go within the political and cultural constraints placed upon him.

Rouhani pushed the envelope as far as it could go, Javedanfar said, without infuriating the supreme leader, Ayatollah Ali Khamenei, and other conservatives back home.

And, that’s really the point:  Holocaust deniers and revisionists typically understand that their animosity towards Jews and Israel can be seen as more credible, and less morally suspect, if the historical understanding of the Nazi Holocaust – which serves to evoke sympathy for Jews – can be undermined.  Frankly acknowledging the systematic, and historically exceptional, attempt to exterminate the entire Jewish population of Europe would necessarily draw unwanted focus on the extreme antisemitism permeating Iranian life which has inspired their leadership to call for the annihilation of the Jewish state, and would provide credibility to those insisting that a nuclear armed Iran represents an existential threat to six million Jews, and must therefore be resisted at all costs.

‘Counter-revolutionary’ rhetoric which serves to evoke sympathy for the Jewish state, no matter how obliquely, would indeed, as Javedanfar argued, “infuriate” the supreme leader, and so any pronouncements by Rouhani which touch upon the politically inconvenient topic of the Holocaust must invariably include questions about the “scope” of the Nazi crimes, and further be contextualized with the Jewish state’s ‘comparable’ “crimes” against the Palestinians.

Rouhani’s political dilemma in allowing Iran to achieve its nuclear ambitions with minimum Western resistance is to steer a careful course which avoids offending Khamenei while simultaneously staying in the good graces of the sympathetic Western liberal media.

The Guardian’s fawning coverage of the “moderate”, “dovish” Iranian president thus far indicates that he has passed the latter challenge with flying colors. 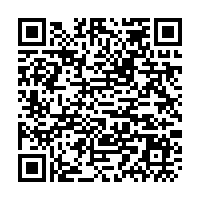