French Jewish leaders have criticized Francois Fillon, who will likely win Sunday’s second round of a Conservative party presidential primary, for his comment to Europe 1 radio that “in the past Jews did not respect all the rules of the French Republic,” EJP reported.

Fillon, a former Prime Minister under then President Nicolas Sarkozy, made the faux pas while describing the need to fight radical Islam.


“We must fight that fundamentalism, in the same way that in the past … we fought some forms of Catholic fundamentalism and we fought the drive by Jews to live in a community that did not respect all the rules of the French Republic,” Fillon said.

France’s Chief Rabbi Haim Korsia discussed the comment with Fillon, noting that Jews in the past were forced to live in isolation from society, but that was “in no way Jewish citizens’ choice, but the consequence of French society not accepting their peers at the time.”

“The UEJF wonders what period Francois Fillon is referring to when he says Jews refused to abide by the rules of the French republic, if he might not mean the time of Vichy (the war-time government that collaborated with the Nazi occupation) when Jews were forced to hide and wear a yellow star,” Ghozlan said in a statement.

Fillon, who faces former Foreign Minister Alain Sunday to become the candidate of the right and center for next year’s presidential election, eventually posted on his Facebook page that his comments had been misunderstood.

“I never meant to call into question the Jewish community’s attachment to our common values and to the respect of the rules of the Republic,” he promised. 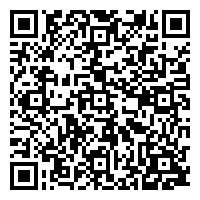