“From a lofty mountain there descends a rugged spur rising in the middle to a hump, the declivity from the summit of which is of the same length before as behind, so that in form the ridge resembles a camel; whence it derives its name. Its sides and face are cleft all round by inaccessible ravines, but at the tail end, where it hangs on to the mountain, it is somewhat easier of approach; but this quarter also the inhabitants, by cutting a trench across it, had rendered difficult of access. The houses were built against the steep mountain flank and astonishingly huddled together, one on top of the other, and this perpendicular site gave the city the appearance of being suspended in air and falling headlong upon itself. It faced south, and its southern eminence, rising to an immense height, formed the citadel; below this an unwalled precipice descended to the deepest of the ravines. There was a spring within the walls at the confines of the town.”

So the Second Temple era town of Gamla in the Golan Heights is described by Josephus Flavius in his book “The Jewish Wars.” For many years, however, the exact location of Gamla was unknown until, in 1976, excavations at the site revealed an ancient Synagogue, ritual baths, houses, and evidence of the fierce battle against the Romans which resulted in the town’s destruction in 67 CE.

Today, Gamla is a nature reserve and alongside the ancient Jewish town visitors can also see Neolithic dolmens and the ruins of the Byzantine Christian village of Dir Krukh which was abandoned at the time of the Arab conquest in the 7th century, as well as the highest waterfall in Israel and the Griffon Vulture sanctuary and breeding grounds on the cliffs surrounding Gamla.

Gamla from the east

Memorial to residents of the Golan killed in Israel’s wars 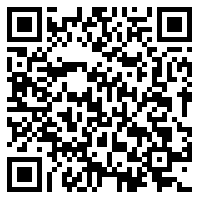