In the past, Chareidi (Ultra-Orthodox) participation in election voting has never topped more than around a third of their potential voters.

Chareidim have avoided voting for two primary reasons. The first is to minimize their participation in the Zionist enterprise, the second is that many Chareidim are actually disillusioned with the Chareidi political leadership, and prefer not to vote, rather than vote for them.


But this election may be different.

While there are so few specific issues that this election is revolves around, one of the issues on the table is the Chareidi draft. If the Chareidi parties don’t have a strong enough showing in this election, the results today could actually directly affect many of their lives, in ways they don’t want.

Many Chareidim believe that the unusually high voting levels today are the result of high turnout on the Left. Rumors are flying that Yair Lapid’s Yesh Atid party is doing unusually well.

But regardless of how any individual party may be doing, a higher percentage of voters means that both the minimum threshold and the number of votes required per seat will rise too.

As a result, even the Admor of Visnitz (Monsey) has told his extended family in Israel to vote, even though in the past he’s told them not to vote. This is extremely unusual to say the least.

In general, it’s being reported that the Chareidim are very nervous about these elections, and that could translate into a lot more of them voting than they have in the past. 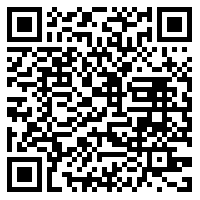