Haaretz’s “Peace Conference” featuring senile leftist Shimon Peres and a videotaped message from PLO leader Abbas was supposed to be the left’s counterprogramming to Israel’s defense against Hamas.When conservative leader and Minister of the Economy Naftali Bennett  attempted to speak, he was assaulted and met with cries of “Murderer” and “Fascist.”

Then the whole shindig had to be shut down as Hamas struck at Tel Aviv leading Yuval Diskin, the cretinous former Shabak boss sitting forlornly waiting for everyone to come back so he could tell them how it was all Israel’s fault.

This is what the left’s disastrous peace process has led to. An attack on Tel Aviv. Any more of the Two State Solution and there won’t even be one state left.

Blame Shimon Peres for the Ofra-Amona Problem and More 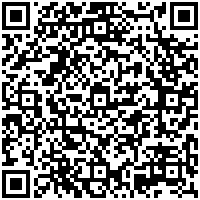