The famous political philosopher Thomas Hobbes once described the natural state of mankind (before a central government was formed) saying the life of man was “solitary, poor, nasty, brutish, and short.”

When I first heard this quote as a Political Science student at the University of Maryland, I didn’t like it for its pessimism. Yet now, after experiencing recent tragedies, I cannot think of a quote that is closer to the truth. Last week, a good friend of mine I have known since I was 15 died of cancer. He was 28 years old. However, because of the snow storm, the funeral was postponed.


While Israeli children thrived with the recent storm by playing in the snow in the streets of Jerusalem, adults, who lost electricity right before Shabbat came in and were cut off from their daily routines, did not enjoy the weather so much. In my case, the situation was especially tragic, because the funeral of a dear friend of mine was postponed several days due to the snow.

We believe that the soul suffers every moment the body of the deceased person is not buried. For this reason, we believe that it is very important to bury the dead quickly. Aside from that, the family of the deceased cannot know peace of mind until the body is buried. Thus, this blizzard was a nightmare for any one who knew and cared about my dear friend, Ohad Baruch.

When the funeral finally did happen last Sunday, I could not make it because the roads to Jerusalem were still cut off. Only yesterday was I able to go to the shiva of my dear friend. And even then, I could not stay as long as I wanted, because I had to leave before the ice set in during the evening hours.

I came to the shiva from my home in Be’er Sheva. It was significantly easier to travel to the outskirts of the city of Jerusalem than it was to travel around Jerusalem. The buses weren’t fully operational and even the cab driver would only drop me off at the nearest main road, Keren Ha-Yesod, and not on the street where my friends family was actually sitting shiva. On the street where the shiva took place, the side-walks weren’t shoveled yet, thus forcing me to walk in the middle of the street.

Once the storm subsided enough for me to be able to mourn properly, I came to understand how much life is “nasty, brutish and short.” Before Ohad died at age 28, he spent close to a year suffering non-stop from the cancer that slowly and gradually killed him. He had two types of cancer in the same body, leukemia and lympha. He very much enjoyed life, was a fun-loving person, and really liked traveling and studying. He strongly felt that he was too young to die. He very much wanted to have the chance to finish his nursing degree, get married and have children, privileges that he would never live to do.

Even when the doctors hinted that there was not much more they could do for him, he told them to keep trying to save his life, until the bitter end. He put up a courageous struggle against the cancer, refusing to accept that he would die young up until a couple hours before he died, even though he was a nursing student and probably knew deep down medically that his chances were slim. His whole family suffered immensely until he finally died, as they watched him slowly suffer to his death. For a young man to die at age 28 is nasty and brutish. No one can consider dying at age 28 to be a long life.

The Israeli soldier, Shlomi Cohen, who was murdered along the Lebanese border around the same period of time also died very young, at age 31. He left behind a young wife and a baby, who will never get to know her father. Throughout Jewish history, countless young men have died, many of them for reasons that are beyond our comprehension. The Nazis murdered over a million Jewish children in the Holocaust, just because they were Jewish. More recently, during the Second Intifada, numerous suicide bombings targeted Israeli young people, such as the suicide bombing in the Dolphinarium Disco that murdered 21 Israeli civilians, most of them teenagers who immigrated to Israel from the former Soviet Union.

Before people die, often too soon, they very often have to suffer immensely. For some people, they had to grow up in a broken home, where the parents are divorced and domestic violence was a part of every day life. Countless seven-year-old girls and in some cases, even boys, had to suffer the indignity of being brutally raped. They often become mentally ill afterwards. Other people were physically assaulted as children by anti-Semites. When I was in middle school, a classmate threw a chair at me, while yelling, “Why don’t you burn something,” in reference to the Holocaust, while another classmate shouted, “Jewish bitch.” The only reason I wasn’t physically harmed was because the teacher intervened. The teacher was in a cast for six months; these anti-Semitic children broke the teachers arm. Given such life experiences, Thomas Hobbes spoke great wisdom when he described life as “nasty, brutish and short.”

Nevertheless, as we cry over Ohad’s premature death and feel great sadness over the brutish realities that life often brings us, it is important to remember that Ohad was a person who loved and cherished life. His legacy was one of joy, happiness, and cheerfulness. He took great pleasure in scuba diving, walking his dog around Jerusalem’s gorgeous streets, and spending time with loved ones. Ohad’s last facebook status was, “There are good and bad things in life. Always look for the good because you will never know when it is taken away.” 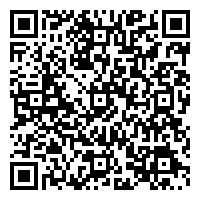