IDF combat soldiers will be awarded full scholarships for improvement and completion of their high school matriculation courses and exams, plus any follow-up pre-academic preparatory program (“mechina”) needed to enter college, the Defense Ministry announced.

The scholarships will be paid for by the Ministry’s Discharged Soldiers’ Fund as part of an extensive basket of benefits that is being expanded in order to attract more recruits to combat units.


It’s estimated the move will cost tens of millions of shekels, but it was approved unanimously by the Board of Directors of the Discharged Soldiers’ Fund, according to a report Tuesday by the Hebrew-language 0404 military news website.

The new benefits go into effect immediately and are available to all active combat soldiers without any need for special application. As they become discharged, they can simply register for the program of their choice and contact the Fund at that point without the need for extra forms.

Every combat veteran is eligible regardless of economic status, according to the report.

The move comes as part of a work plan to strengthen the status of the combat soldier in Israel, and attract more recruits to the units.

The IDF is trying to change a five-year trend in which enlistment to the units has been steadily dropping in favor of the cyber defense programs, which are seen as providing a better economic future upon discharge. 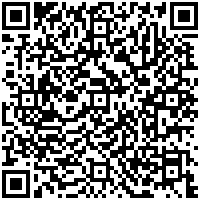