I first learned about oxytocin while working as the Chief of Staff of a global autism center. The famed doctor and researcher, Eric Hollander was working on a study, which would use an intranasal oxytocin spray on people with autism.

The doctor’s team would conduct testing with intranasal oxytocin, which had demonstrated effects on social cognition (i.e. recognizing emotions, enhancing empathy; decreasing social stress). The idea was to stimulate bonding in those people whom are unable to do so naturally such as people on the autism spectrum.

Over the past few years, I have been researching our community’s dating scene. I had heard shidduch crisis complaints from singles, parents, newlyweds and religious authorities from many sects of Jews. One common complaint from singles seeking their bashert is the lack of quick and/or overwhelming feelings of interest. People seem to want a sign as grand as the Macys Day Parade to assure them they are sitting in front of their best match.

This whirlwind feeling is something many people hear of in romance novels and mainstream media. Blind romance and feelings of enchantment are not love. Love is a growing process that builds upon itself in time. Today, I love my husband more than when I married him. Why? He has proven himself to be a man of his words by honoring his commitment to me.

My point: Modern thought processes have seeped into our system. And, as we see, many people are very confused. Girls wonder why Dr. Rabbi Prince Charming, Esq., doesn’t sweep them off their feet. Guys dwell in the grey area between “yes” and “no.” Many guys admit that they try to just “go with the flow” until a big flashing sign whaps them on the head and says, “She’s the one”.

Unfortunately, this perpetuated process is ripping apart our community’s matchmaking ability. Why? Many times people are unable to feel the intense and/or magical “connection” that they expect to feel and therefore quickly decide to prematurely move on to their next potential spouse.

So, how do we fix this? First, let’s summarize what is going on in mainstream America. People believe in instant romance and the essence of not physically keeping to oneself prior to marriage. Hence, with even the most basic touch, they are setting off a string of chemical reactions inside themselves. They mistake these for feelings of love. These people are wrong in their assessment but by the time they realize this they have already spread false rumors of what “love” feels like. When, truly what they feel is a scientific but very natural chemical reaction.

What are the chemical reactions occurring in the mainstream world which confuse these people whose culture ultimately becomes our sub-culture? Simple – it’s a stimulation of oxytocin.

Oxytocin is known as the “bonding” chemical. It has various uses. However, when released naturally, it triggers a series of natural reactions that bring people closer together, in an emotional capacity.

Ways to release Oxytocin include: hugging, hand holding, shaking hands, watching romantic films, singing karaoke with other people, dancing, and things that thrill you such as riding a rollercoaster, or seeing a scary movie. Now, you will notice that most of these things should be nixed off our communities dating techniques. Hence, dating in a frum manner isn’t going to product those chemical reactions. Hence, dating in a frum manner but expecting to feel butterflies, rockets and chemical reactions that occur from the stimulation of oxytocin is like putting milk in a blender and expecting it to turn into a vanilla milkshake. Not happening. You’re missing the ice cream!

Now, how can singles utilize this information? One, many people can stop wondering if the sparks will fly post-chupah. They will. It’s called “Hashem said so” and if you don’t believe that science says so too. Two, you can focus on getting to know a person and stop looking for signs that aren’t coming. Now, you will feel something. You will feel comfortable. You will feel that you have found someone you can depend on. You will feel this person would make a good partner in life. Then you will choose that person.

BGU Researchers Say Oxytocin May Promote ‘Lying for Your Team’ 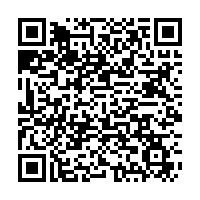