Since I was a kid I loved things that are French. I loved French fries, French toast, and I even took a year of French in high school. However, looking at it more carefully, I realized that the French fries I loved, but only with an ample amount of salt and ketchup, and I really enjoyed French toast only because of the maple syrup I’d put on it. Once I realized that I could finish high school in three years instead of four if I dropped French and took another English class instead – that’s what I did.

Now the French are hosting a so-called international conference on peace in the Middle East. It won’t deal with Syria or Iraq, nor will it address the chaos in Libya. Instead, it will deal with the least destructive and harmful conflict in the Middle East: the Arab-Israeli conflict. And the icing to that cake is that the sides aren’t invited, and that reminds me of some black holes in the history of France and the Jewish nation.

Of course I’m not referring to the three expulsions of the Jews from France, nor to the Dreyfus Affair that revealed a deep anti-Semitic streak in modern France, nor the 26% of French Jews killed during the Holocaust with French collusion. I’m not referring to the lesson taught to Israeli Prime Minister David Ben Gurion by French president Charles de Gaulle that there are no friends in international relations, only interests, a lesson de Gaulle practiced on Israel when he imposed an arms embargo on the area that affected mostly Israel, including not supplying arms that Israel had already payed for. All that may be in the background – but this proposed international conference reminds me by association of another peace conference the French attended: the Munich Conference of 1938.

In that conference France and Great Britain, in a selfish and less then intelligent attempt to appease Hitler, forced Czechoslovakia to surrender the mountainous area of Czechoslovakia that bordered Germany. Many ethnic Germans lived in that area, and for the conference a new territorial designation “Sudetenland” was invented, as if it were a distinct separate German area that had mistakenly been attached to Czechoslovakia. Once that area was stripped from Czechoslovakia, the country was left defenseless. All this – despite signed defense pacts that Czechoslovakia had with France and Britain. Once the Czechs were pushed back from their fortified defensible borders – Germany overran the rump Czech state within a matter of months, without French or British intervention, emphasizing that they had sold the Czechs for their own selfish purpose, a purpose not gained at all. When the German army later invaded France about 25% of all the weapons Germany had in its army came from former Czechoslovakia. The Czechs referred to this Munich betrayal as “About us, without us!”

So now the French government is possibly taking another turn at conference playing, about Israel without Israel. They also use an invented term – the Palestinian people – possibly in order to justify tearing part of the Jewish homeland from the Jewish nation.

What can possibly motivate France? Is it deeply-rooted anti-Semitism in French culture? Is it to appease the Muslim world, so that perhaps France will cease to be a target for Islamic terrorism? Is it to appease the Muslims who live in France? Is it part of a secret agreement with Iran: we the Iranians will do business with you, but only if you weaken Israel? Is it at the secret calling of some other country or countries who are hostile to Israel? Is it all of the above?

It’s hard to know. But one thing isn’t hard to know: any such conference will not bring the end of the Arab-Israeli conflict any closer. Israel has already done more than enough for the cause of peace: a temporary freeze of building Jewish homes in Judea and Samaria (a.k.a. “settlement freeze”), has given the Arabs in the Land of Israel a measure of self-government that they never ever had and never even received from the Arab states, and Israel uprooted over 8,000 Jews from their homes in the Katif area (homes that were built were beforehand there was wasteland and sand) near Gaza, so that not one Israeli civilian or Israeli soldier is in the Gaza Strip anymore. In spite of all this the Arabs haven’t moved closer to peace: they haven’t turned all their resources to bettering the lives of their people, they haven’t resettled people stuck in refugee camps and they haven’t recognized the Jewish national right to self-determination nor educated their youth to live in peace with the Jewish state of Israel.

So what can the French conference achieve, besides adding on the participants all those calories of French toast and French fries? 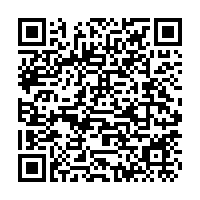