An ”International Seminar on the Diaspora-Homeland Relationship” opens at the Knesset Monday evening with a dinner event for 110 senior government and parliamentary officials from 29 countries, including members of parliament, ministers, deputy ministers and other top foreign officials.


The conference is to be co-hosted by the Knesset with the Israel Ministry of Foreign Affairs and the Jewish Agency for Israel.

It will explore a variety of issues related to ways in which countries can maintain and even strengthen their relations with members of diaspora communities around the world.

The countries to be represented at the seminar – including Russia, India, South Korea, Romania, Vietnam, Ireland, Greece, Azerbaijan and Austria – all attach great importance to preserving their connection with members of their respective diaspora communities.

”There is no more fitting a place for this work to begin than here, in Israel, in Jerusalem, and at the Knesset,” said Speaker Yuli Edelstein. “This, a country that proves the strength of the Jewish Diaspora, is where we regained our sovereignty after two millennia.

“I hope the next two days allow us all to think more deeply about how to deepen our diaspora–homeland ties to benefit our own countries and the world at large.”

Prior to the opening ceremony, Speaker Edelstein will meet in his office with the President of the Chamber of Deputies of Romania, Liviu Dragnea.

On Tuesday, foreign officials are scheduled to attend workshops and lectures at the Knesset on the Israeli parliament`s activity related to the diaspora, brain drain, and leadership development, among other issues.

The workshops, to be held in English, will be broadcast live on the Knesset Channel (99) from 9:00 to 10:30. Immigration, Absorption and Diaspora Affairs Committee Chairman MK Avraham Neguise, former Director-General of the Ministry of Immigrant Absorption MK Oded Forer and MK Yehuda Glick are slated to address the participants. 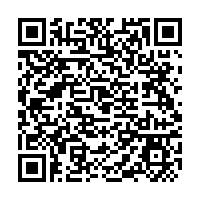