What makes one bar mitzvah celebration better than another? That probably depends on your outlook. Is it the lavish buffet including every delicacy known to mankind? The amount of money received for showing up in the ubiquitous bar mitzvah blue suit? Or perhaps you’re thinking that a bar mitzvah is an excuse to get the family together.

But the thing is a bar mitzvah is not about any of those things. Nor is it about parties or speeches, fountain pens, or the attainment of manhood.

A bar mitzvah is about one thing only: accepting the yoke of the 613 commandments of the Torah. With gratitude. And joy.

Huh? What’s that you say? Commandments? What are these commandments you speak of?

Funny you should ask. Or rather, how rare it is for anyone at all to bring up the subject of the mitzvot, the commandments, in conjunction with the bar mitzvah celebration. Because hey, we give money to charity. We’re good people. Isn’t that good enough? Do we really need all these laws?

Actually, for 10% of American Jewry the answer continues to be no. It’s not good enough. The Torah is a blueprint for life, says Orthodox Jewry, and the bar mitzvah boy is celebrating the point in time from which the performance of commandments counts for something.

Before the age of 13—12 for girls—Orthodox Jewish children practice the mitzvot, getting ready for the time when they will have gained the maturity and wisdom to be responsible for their deeds, both good and bad. Before this time, if a child goofs up and flips a light switch on Shabbos, it’s a learning experience. But after 13, it counts.

Luckily the good stuff counts, too. For instance helping that old lady cross the street. The bar mitzvah, however, marks the starting point from when early childhood religious practice morphs into reality, and a Jew is deemed responsible for his own behavior.

For the Orthodox, this is a reason for joy. They find the Torah and the commandments an immeasurable gift to the Chosen People: something even more precious than lavish spreads or lucre, and infinitely more delightful than time spent with family. To a mitzvah-observant Jew, there is nothing greater than the commandments and a boy of 13 has been waiting breathlessly all of his conscious life for this very moment.

How that celebration happens is generally according to community custom. And at one Jewish summer camp in the Catskills, community custom means “Rocking this place like it’s never been rocked before.”

At least, that’s what Rabbi U. said, issuing these enthusiastic words to the skies at large. He had just invited me to attend the bar mitzvah of camper Zusha Steinherz, to be held that night at TheZone, a summer camp in Stamford, New York run by Oorah, a Jewish outreach organization. It was clear the rabbi was seeing a vision, fully formed, of how the bar mitzvah would play out.

I had my own ideas about what bar mitzvahs should look like having hosted a mess of them for my own sons (all eight of them). Now I would see the summer camp vision of the ultimate bar mitzvah made flesh at a small town, the final stop on the Trailways bus to the Catskills. How would one dress for that? I wondered.

As it turned out, the counselors dressed in crisp white shirts and the married staff wore suits, while most of the campers wore their usual camp clothes. The bar mitzvah boy himself wore a dress shirt of vertical purple stripes on white with a gray pullover. But these were just the external details. The main event was the tension in the air, the palpable excitement of what was yet to come. 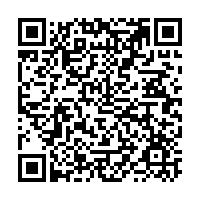