Life is full of extremes and while many of us tread this balance privately, such luxuries rarely exist for those in the public arena. But whereas politicians find ways to respond without really responding, or publically act and then secretly rescind, the life of a journalist is typically much more transparent. Their life work is as you as see before you. And their bias from or dedication to the truth is often visible at the click of a tweet.

It is then clear that the most transparent stories are not of politicians or celebrities, but of the journalists that cover these political or entertainment related stories. It is the journalist’s difficult decisions made while reporting that can serve as long-lasting lessons that remain long after the headline has passed.

With this in mind we can begin to speak about two extremes from this week. The first is an extreme from western culture—the story of the hacking and release of hundreds of immodest pictures of celebrities—and the second is the tragic killing of journalist Steve Sotloff. As mentioned, in both cases I would like to focus on the decisions made by journalists—not the celebrities or politicians surrounding these stories—and attempt to learn some lessons from them both.

Now when we speak of secular or western culture, the first task is to isolate the concept behind the “secular” story and source it within the Torah. The motivation for doing so is to combat the tide of secularism. In Hebrew, the word “secular” means to profane or make hollow. For our purposes it is an attempt to promote a holy concept without its context within the landscape of Torah. As the sages say, the pig sticks out its cloven foot and says “look… I’m kosher!” yet inside it does not chew its cud. Likewise, while top PR agencies are very good at promoting the “foot”—some attractive concept that approximates a Torah concept—what they and western culture lack is the “kashrut certification” that presents this attractive concept within the landscape of Torah.

So to abstract this story of hundreds of immodest celebrity pictures reaching the public, we can call this a story about “revealing skin.” While revealing skin is unfortunately nothing new to Hollywood—and western culture—the difference here is that journalists began regretting taking part in the story. Ostensibly this is because these celebrities didn’t willingly publicize these images. But the deeper lesson is that these western journalists—even journalists who have spent their careers “revealing” what should remain concealed while covering the celebrity beat—realized that it was wrong to reveal. And as a result, some started regretting their part in promoting the story.

While it first started to become known several weeks ago, the headlines began to surge forth during this past week; since the start of the Hebrew month of Elul, the month of teshuvah (repentance). This then is our first lesson. That from this story which represents an extreme example of western culture, we can learn the importance of teshuvah— regret over past misdeeds and the desire to henceforth adopt a better path. This lesson applies equally to journalists, celebrities, and to us all.

The second lesson from this story is that skin—the desires of the flesh—can be redeemed and rectified through the “strong river” of charity. As explained in this article from Rabbi Ginsburgh, in the month of Elul, we need to be willing to give “skin” (its numerical value in Hebrew, 276) in order to save our skin from the clutches of Satan’s advocacy.

The Mechanics Of Teshuvah

Sotloff Family Criticizes US for Ineptitude During Crisis 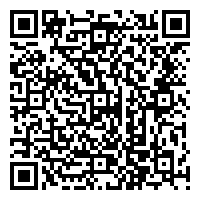