I’ve looked at both antisemitism and what I’ve called misoziony (irrational hatred of Israel) for a long time, and yet I’m still astonished at stories like this (I edited the two stories together):

Syrian opposition figures making a rare public appearance in Israel called Tuesday for stepped up Israeli assistance to the Syrian opposition, including help in establishing a safe zone for rebel elements in southern Syria along the Golan Heights.

Speaking to a packed auditorium at an event sponsored by the Hebrew University’s Truman Institute, Germany-based opposition activist Issam Zeitoun made a blunt appeal for help. “All Syrians have suffered under this regime. Something must be done. The Syrian people are too weak. We need the help of the international community.”

As the conference progressed, several Arab students began yelling at the Syrian speakers and reprimanding them for entering a dialogue with Israel. “The Golan has been occupied since 1967; you’re a traitor and a conspirator!” yelled one of the student protestors. Zitun answered the students by saying, “Shame on you; you live in paradise compared to Syrians.”

Kajjo and Zeitoun’s remarks were repeatedly interrupted by Arab students angry that they were breaking a taboo and according a kind of recognition to Israel. “You are a disgrace to Syria” one student shouted at Zeitoun.

After a tense few moments, she and another student left the hall, and she said outside.

“They shouldn’t ask for this help from Israel. Our people are dying here, we are Arab.”

But the shouting continued: “You should be giving voices to the voiceless, not pandering to the occupation,” a woman shouted.

Zeitoun defended the appearance. “We should be everywhere including Israel to explain the Syrian problem to the world, to convey their voices,” he said.

These Arabs are complaining that Syrians who are desperate to save thousands of lives and are willing to ask anyone for help are “conspirators” with Israel and “traitors” to Syria.

And these are Arab students who are attending Israeli universities!

Begging Israelis to help save Syrian lives is treacherous – but attending classes at Hebrew University is perfectly fine.

This goes beyond political positions. It is beyond deranged. The irrational, hypocritical hate of Israel and Jews goes way beyond any normal explanation.

It is a psychosis, and it should be studied as such.

Everyone who assumes that these young people are just expressing their considered opinions on a matter are wrong. These students are engaging in a public expression of insanity and hypocrisy that goes so far beyond normal that it can only be described in psychological terms, not as an understandable reaction to reality.

Everyone who has tried to explain historic antisemitism and its more modern version of anti-Zionism has missed the issue. The real answer is that some people simply are consumed with hate that is so pervasive, and so delusional, that it overrides any other human attribute including self-preservation. It cannot be explained any more than schizophrenia can be explained. It may be chemical.

It is time that psychiatrists started to look at the hate shown by anti-Zionists and antisemites from a clinical viewpoint. Because it sure isn’t going to be solved with facts, logic, or anything less than full-blown intervention into the sick mental processes of the haters. 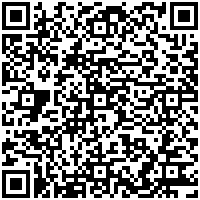