Conservative Rabbi Menachem Creditor, spiritual leader of Congregation Netivot Shalom in Berkeley, this week sent an email to his members on the eve of President Donald Trump’s inauguration, sharing with them that he was “deeply worried about this American moment, as a Jew, as a father, as an American,” which is why That is why I cannot abstain from thoughtful action today.” Creditor told his congregation: “Some of us will fast on Friday, an interfaith moment of unity, calling to God for guidance as crude language, attacks on free speech and public health, exalted misogyny and emboldened American White Supremacy.”

Creditor informed his members that “if Netivot Shalom is empty this Shabbat morning because members of Netivot Shalom are marching as part of the nationwide response to the Presidential Inauguration, that would be a fulfillment of Isaiah’s prophetic call, to ‘cry with a full throat, without restraint.’ (Is. 58:1)”


Remember how outraged Democrats were back in mid-October 2016, when presidential candidate Donald Trump insisted, during his third televised debate with Hillary Clinton, that if he loses the election, he might consider the results illegitimate because the process is rigged? “I will keep you in suspense,” he said, which led Clinton to calling his answer “horrifying,” accusing him of “talking down our democracy.”

Apparently, Jewish liberal Democrats are trying to do to Trump what Trump threatened to do to them, except they actually mean it. According to Amanda Borschel-Dan writing in the Times of Israel, “a growing grassroots movement of concerned rabbis reflects their flocks’ dissatisfaction. In their calls for ‘Jewish resistance,’ online and in the streets, the rabbis’ protest movement goes beyond hashtags and Facebook event pages. These religious leaders are staking their reputations and careers to speak out against Trump. They see themselves as ‘fulfilling a sacred duty.’”

As to the part of the verse from Isaiah the Creditor cites to whip his troops into revolutionary frenzy, the uncut version of the prophetic message is a rebuke of fasting for show and self-gratification:

“Cry aloud; do not hold back; lift up your voice like a trumpet; and declare to my people their transgression, to the house of Jacob their sins. They seek me daily and delight to know my ways, as if they were a nation that did righteousness and did not abandon the teaching of their God; they ask of me righteous judgments; they delight to be near to God.”

Then comes Isaiah’s rebuke, citing the people who complain to God, “Why have we fasted, and you see it not? Why have we humbled ourselves, and you take no knowledge of it?” then telling them harshly, “Here is my answer: when you fast, you go about doing whatever you like, while oppressing your debtors.”

Turns out God seriously abhors Jews who fast without keeping his laws. Possibly because they leave their shul empty and go march in a faraway city against the lawfully elected new president.

Soon, as this new president starts favoring the Jewish State in her effort to reach a permanent deal with its enemies at home, these same Jews will fast and march for the other side. At which point we would offer another verse from Isaiah – 49:17 – “Your children are coming home quickly, and your destroyers and plunderers from within are leaving and going away.” 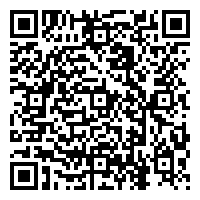