Eight long years ago, tens of millions of Americans fell in love with a calm, cool, confident young candidate who promised “hope and change.” This week, he leaves office having delivered on precisely half that promise. The Obama years have indeed been times of great change—for the worse. Those of us praying for a better future now place our hopes in Donald Trump’s own promise to make America great again.

The scope of shattered hopes is breathtaking.

Millions of Americans had hoped that our first black President would usher us into a postracial America. Instead, he promoted racial agitators, heightened ethnic tensions, and ripped open painful wounds that had taken so long to heal.

Millions of Americans had hoped that a young man who preached healing and harmony would unite an increasingly partisan Washington in the service of We The People. Instead, he ruled by diktat and ukase, muscling his will into law, sidestepping the people’s elected legislators, ignoring the Constitution, and outraging the judiciary.

Millions of Americans had hoped that this advocate of big-government solutions would improve the transparency, efficiency, and even-handedness of government services. Instead, he hid blatant lies behind assumptions about the stupidity of citizens—and turned the IRS into a vindictive machine to shut down his political opponents and ensure his reelection.

Millions of Americans had hoped that this suave internationalist would promote American values abroad, bringing the benefits of freedom and prosperity to those who still lack them. Instead, he withdrew from the world, abandoned or betrayed allies, rewarded enemies, and received nothing in return.

Millions of Americans had hoped that this man who found spiritual guidance in Christian liberation theology while expressing pride in his Muslim name and heritage, would help the world’s peaceful, moderate Muslims defeat the violent radicals laying claim to their faith. Instead, he empowered the radicals, sidelined the moderates, and emboldened the most brutal of the genocidal jihadis.

Millions of Americans had hoped that this man whose entire life was a testament to the American dream would help restore that dream. Instead, he preached a new normal of anemic growth and dependency, and turned Americans against each other fighting over economic distribution.

Obama has taught Americans to wonder about our future, about the global march of liberty, about our prospects for peace and prosperity, and about our ability to come together in a glorious melting pot that draws together the best that the world has to offer. The Obama years have taught our next generation to embrace statism and dogmatism, to eschew independence and tolerance, and to punish dissent in thought, word, and deed. In a very real sense, the Obama years have dimmed the nation’s hope in the American experiment, the American vision, the American dream.

Fortunately, we are about to wave this bleak period goodbye. We are entering an era of hope, of reinvigorated liberalism, of responsibility, and of freedom, committed to restoring America to its very best. Donald Trump has given us reason to hope once again.

This elite executive has spoken for America’s forgotten workers, promising to bring them to the forefront of his economic considerations.

This child of the outer boroughs, living in an Olympus of his own achievement, has promised the residents of our inner cities the educational choices and job opportunities they need to work their way out of poverty.

This international businessman has told the world that America is coming back, that we will rebuild our military capabilities, reengage constructively with our allies, seek common interests to work with our competitors, and bring fierce opposition to our enemies.

This mainstream Protestant has given new hope to Evangelical Christians, Orthodox Jews, Jesuits, and Nuns – and, yes, to American Muslims – whose freedom to build their lives around their faiths has fallen under dire threat.

This branding prodigy has agreed to rebuild the American brand, recently tarnished with an ugly, divisive progressivism, to restore its constitutional luster of classic, tolerant liberalism.

This WASP developer, landlord and hotelier who has dedicatedly and without fanfare integrated buildings, neighborhoods, and resorts around the country has rejected the identity politics of hyphenated Americans, and made it clear that the only distinction he sees is between Americans and foreigners.

This entrepreneurial risk-taker has announced an end to ideological governance, promising to explore myriad paths until we determine which solutions work best.

The past eight years have been dismal and disheartening to all who care about American exceptionalism, all who cherish the cause of liberty, all who believe that we can knit an American identity around an idea rather than engage in an endless zero-sum identity war of all against all. They have been years of disastrous change leaving behind anger and angst, bitterness and hate. But their end is nigh. The sun is about to rise again on America.

The Cup Of Hope 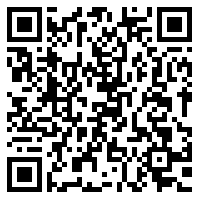