Everyone knows that among the commandments which we perform on Seder Night is the all-important commandment of teaching our children the story and message of the Exodus from Egypt. We are all familiar with the story, but what is its message?

Finally, after weeks of cleaning our homes, and ridding all chametz from our possession, and taking out our special Pesach plates and silverware, and cooking the Seder meal, finally we arrive at the climax of the great preparations, and we are ready to teach our children the message of this exalted evening.


It cannot be that we have exerted so much energy, money, and time getting ready for the Seder Night, just to munch on matzot and lettuce. True, it is fun to drink four cups of wine, but if getting drunk were the goal, we have Purim for that. We’ve dipped a small piece of vegetable in salted water to interest the children, the Four Questions are asked by the youngest, and everyone joins in with the singing. Nu? What’s it all about? What are we supposed to teach our kids on Seder Night?

On Seder Night, Jewish fathers and mothers are supposed to tell their children the truth – that their future is not in Brooklyn or Brussels, but in the Land of Israel. In the same way that Hashem didn’t want us to continue living in Egypt, He doesn’t want us to continue living in Brooklyn or Brussels today. Hashem gave us the Land of Israel to live in. He took us out of Egypt and brought us to the Land which He promised to our Forefathers. He told Moses and the Jewish People, over and over, that the Torah was to be lived in the Land of Israel, not in gentile lands.

That is the message of the Seder Night. That is what we are supposed to teach our children – that we don’t belong in foreign, gentile lands. A Jew belongs in Israel.

All of this is simple and straightforward, right? You don’t have to be a genius to figure out from the Bible that Hashem wants the Jewish People, the Children of Israel, to live in the Land of Israel. It’s written there at least 500 times. That’s the whole story. It’s as simple as two plus two

Then why don’t the Jews in the Diaspora, understand? Why don’t they teach this simple message to their kids on Seder Night? Year after year, when they read the Passover story, and munch on their matzot and lettuce, don’t they sense that the Land of Israel is missing? Unfortunately, the answer is no. What could be missing? They have beautiful Pesach dinnerware, and gefilte fish until it comes out of their ears, and Passover cruises to San Juan and Hawaii. To their way of thinking, they are already free men! The Redemption is already complete! Passover is a nice historical story for the kids, but it doesn’t have any meaning today. Don’t bother them with messages. Drink the four cups and be merry!

That’s what happens when a Jew eats gefilte fish in gentile countries for nearly two-thousand years. He stops thinking like a Jew. He stops believing in the words of the Haggadah and in the words of the prayer, “Next year in Jerusalem.” For him, “Next year in Jerusalem,” becomes a slogan without meaning. The Torah turns into a list of precepts, and loses its entire national goal of building the Jewish Nation in Israel.

To a Jew who identifies with the foreign country he lives in, Judaism means keeping the other commandments, being a good person, and living a good life in Brooklyn, Brussels, or Beverly Hills. Forgotten is Hashem’s command to live in the Land of Israel. Forgotten is the commandment to establish a Jewish Kingdom in Israel with a Jewish king, and Sanhedrin, and Jewish army, and Temple.

A visit to Jerusalem – maybe. But live there? You’ve got to be out of your mind!

Readers who live in Israel will understand what I am saying. But Jews in the Diaspora will not. That’s because they live in foreign countries and identify with foreign things. That’s their exile. They aren’t free to think clearly. That’s the meaning of, “Now we are here in exile; next year may we be in the Land of Israel. Now we are slaves; next year may we be free men!”

A Jew in America thinks like an American. He thinks that America offers him everything he needs for himself and his family. He gets goosebumps when he stands up at the ballpark to sing the National Anthem. He thinks that he has already discovered the land of freedom. That’s because he lives in the spiritual and cultural darkness of America, just like the Jews lived in the darkness of Egypt until Hashem forced them to leave.

So, my dear brothers and sisters in America, and Europe, and Australia, and Mexico City, this Pesach, try something new. Teach your children the truth.

The History Of Machloket (Part I) 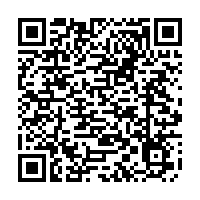